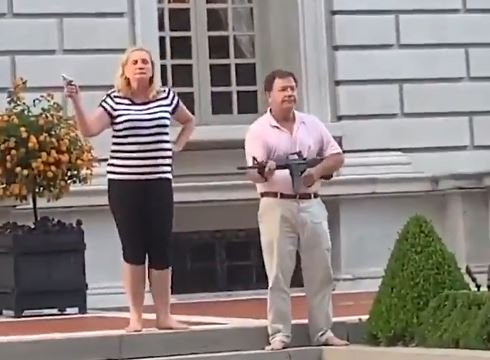 On Monday night St. Louis attorneys Mark and Patricia McCloskey spoke at the opening night of the RNC.

Earlier today Mark McCloskey, who along with his wife Patricia was forced to protect their St. Louis home when marauding protesters stormed their neighborhood, told reporters violence and riots are coming “to a neighborhood near you.”

They know this firsthand. It came to their quiet neighborhood earlier this year.

“We have a God-given right to defend ourselves. The right of self-defense is one of the most basic civil rights — one of the most basic human rights,” Mark McCloskey told “Fox & Friends.” “You cannot have freedom and an opportunity to advance unless you have basic safety and security, and that it is not just limited to big cities. They are bringing it to a neighborhood near you,” McCloskey said.

It was a powerful speech. It is something every American fears for their home and family.

Democrats did not address the recent riots during their convention all last week.

So how did CNN report on the McCloskeys?

This is what CNN wrote on their chyron: “Pointed guns at marching protesters, Charged with unlawful use of a weapon.”

Not a peep about the fact that the mob broke into their neighborhood and threatened them at home.

Here’s @CNN‘s dishonest chyron for the McCloskey’s. They’re covering up how the “marching protesters” broke into a private community and threatened to burn down their home and kill their dog. pic.twitter.com/bzzAKz6rWt

And this is how they described Kimberly Guilfoyle.

What a crappy “news” channel. 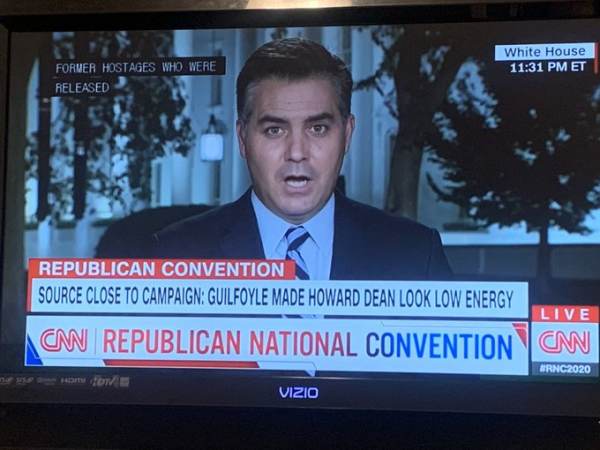