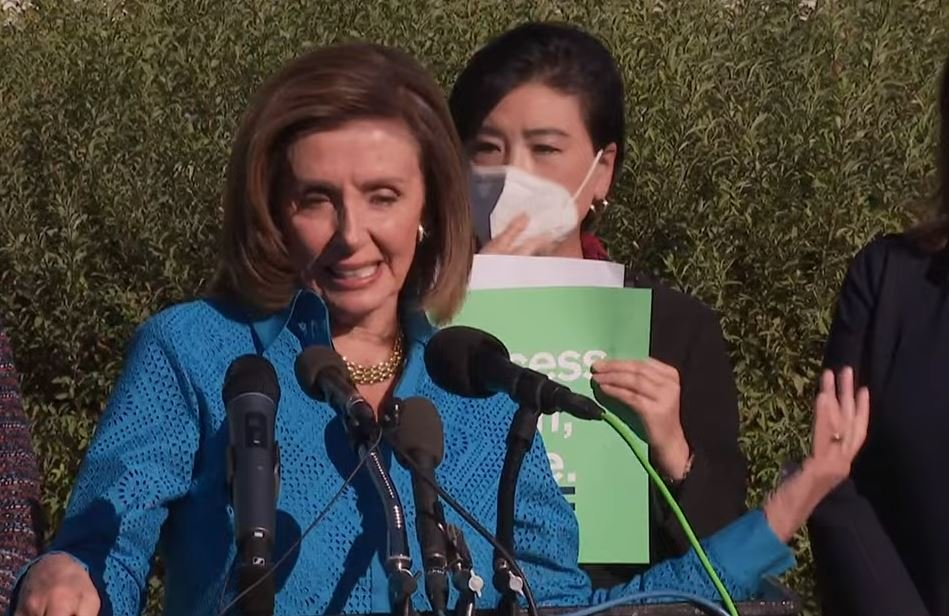 Democrats passed the most radical pro-abortion bill in history on Friday — as Americans remain stranded in Afghanistan and the US southern border remains wide open to unvaccinated illegal aliens.

The new law legalized partial-birth abortion, dismembering babies, decapitating babies, and targeting babies in the womb for any reason.

The U.S. House passed a radical pro-abortion bill Friday that would force states to legalize the killing of unborn babies in abortions without limits up to birth nation-wide.

The deceptively named Women’s Health Protection Act passed in a 218-211 vote with one Democrat joining Republicans in voting against it. No Republicans supported the pro-abortion legislation.

Democrat leaders portrayed the bill as the “codification” of Roe v. Wade into federal law, but the legislation goes far beyond Roe.

Pro-life leaders said the Abortion Without Limits Up to Birth Act is a more accurate name for the bill. The legislation would erase basically all restrictions on abortion and prevent states from enacting even modest protections for unborn babies. Limits on late-term abortions and bans on sex-selection abortions would be gone.

The legislation would get rid of laws that protect women and girls, too, including parental consent for minors and informed consent laws that ensure mothers receive basic facts about their unborn baby’s development before going through with an abortion.