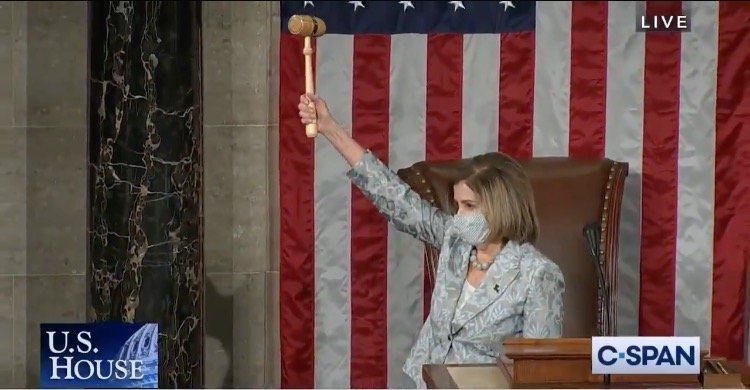 80-year-old Nancy Pelosi was narrowly reelected to another term as Speaker of House on Sunday.

5 Democrats defected and either didn’t vote for Pelosi or voted present.

“As we go into session today, I do so full of pride to be nominated by our Democratic Caucus to be Speaker of the House,” Pelosi said in a letter on Sunday.

“I am enormously grateful for the trust that Members have placed in me. I am confident that the Speaker’s election today will show a united Democratic Caucus ready to meet the challenges ahead, and that we are prepared to set our country on a new course, starting with the Electoral College meeting on Wednesday.”

GOP Minority Leader Kevin McCarthy blasted Pelosi and the Democrats in his speech to the chamber then handed the gavel to Pelosi.

Democrats want to lock you in your houses, raise your taxes, defund the police, facilitate the murder of the unborn, dismantle our Constitution, open our borders, & punish any political opposition.

And their leader – Nancy Pelosi was just re-elected as the Speaker of the House. pic.twitter.com/iqIWOiFL8B