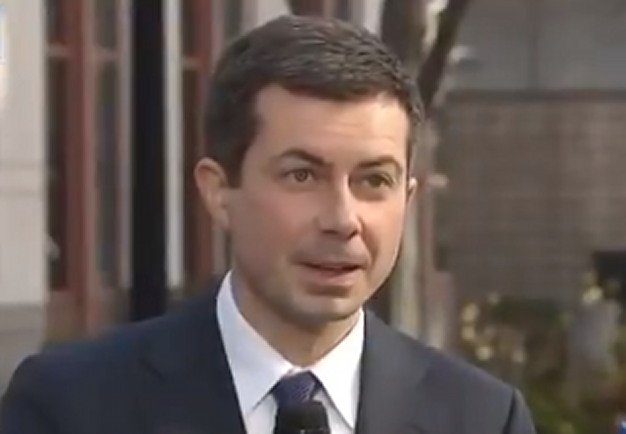 For months now, Democrats have redefined the meaning of the word ‘infrastructure’ to include pretty much anything.

Most people think of it as roads and bridges, but Democrats think it means child care, education and more.

Pete Buttigieg, who is now Biden’s transportation secretary for some reason, is even claiming that their infrastructure plan will stop climate change. Is there anything infrastructure can’t do?

The nearly $1.2 trillion plan, hanging on by a thread with the support of 11 Senate Republicans, spends heavily on electric vehicles and other Democrat pet causes redefined as “infrastructure.”

Buttigieg pitched the plan to the news station, saying “As the West has been impacted by extreme weather events and some of the heat waves that have been going on, this is not going to go away.”

He added, “We need to take serious climate action to stop it from getting worse and that’s part of what will happen, thanks to these investments we’re proposing to make on everything from electric vehicle infrastructure to more resilient infrastructure planning in our communities.”

Buttigieg touted the current bipartisan support for the plan, based in part, on “financing” that includes increased activity by the Internal Revenue Service to pursue taxpayers.

In typical Democrat fashion, Buttigieg says there’s no time for debate on the issue.

Buttigieg: ‘There’s no time to argue’ over climate change

Buttigieg was asked during an interview on ABC’s “The View” on Wednesday how his department is addressing climate change amid record-setting heat in the Pacific Northwest.

“But the second thing we got to do — we’ve got to stop it from getting any worse. That’s why it’s important to make sure that we help Americans afford and drive electric vehicles. It’s why we have to make sure we have alternatives like transit and make sure it’s easier for people to get around without having to bring a vehicle sometimes, depending on where you’re going,” he added.