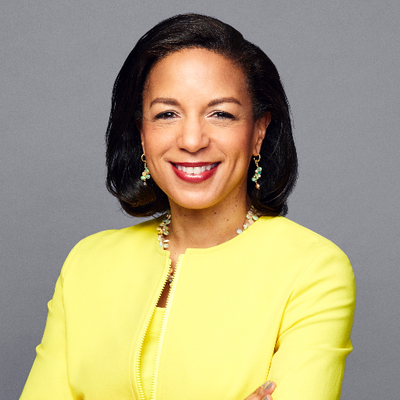 Biden Domestic Policy Advisor Susan Rice posted a photo of her White House office showing a sage burning ritual to cleanse it from the vibes of the previous occupant, senior advisor to President Trump, Stephen Miller.

The New York Times reported Friday in a fluff profile of Rice about her office, but downplayed the use of the sage as ‘scenting’ the office:

“The Domestic Policy Council has never been as robust in terms of process and interagency coordination as National Security Council and the National Economic Council have been,” said Ron Klain, the White House chief of staff.

In accepting the position, he said, Ms. Rice told him she wanted the resources to make the Domestic Policy Council more of an internal force.

“We wanted her to have an N.S.C.-like process,” Mr. Klain said. “She’s, like, ‘Well, then I need an N.S.C.-like staff and budget.’ We weren’t quite able to match the N.S.C., but we did significantly plus up the number of staff she has.”

…Now, Ms. Rice occupies the West Wing office that was previously inhabited by Stephen Miller, President Donald J. Trump’s top policy adviser. Aware of the symbolism of a Black woman who has been vilified by conservatives occupying the space where Mr. Trump’s most hard-line immigration adviser used to dictate policy, Ms. Rice has decorated it with Haitian art and scented it with sage.

From there, she now convenes regular Zoom meetings about topics central to Mr. Biden’s agenda — she hinted at actions to come on voting rights, community violence and gun safety — and she has reorganized the way the council works.

Instead of having a principal deputy serving under the director, she has appointed four senior deputies who are experts in their fields.

“I’m not a health care policy expert,” she said. “The single deputy structure means everything is a bottleneck. I’ve got these high-powered deputies and that’s how we’re going to get stuff done.”…

Rice posted a photo to twitter Saturday night showing the ritual sage burning, complete with white sage in an abalone shell and a feather.

Tutorial on sage smudging via the Astral Collective (excerpt):