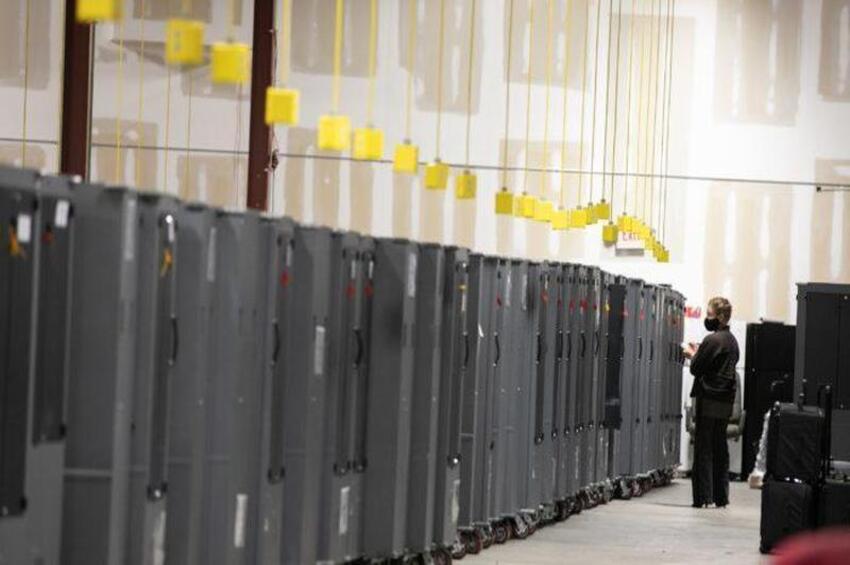 Powell added that her team does not know where the server is. Dominion’s software and hardware features prominently in two lawsuits filed by Powell in Georgia and Michigan.

Authored by Ivan Pantchoukov via The Epoch Times,

Attorney Sidney Powell said on Monday that someone had removed a Dominion Voting Systems server from a recount center in Fulton County, Georgia.

“Someone went down to the Fulton center where the votes and Dominion machines were, claimed there was a software glitch and they had to replace the software, and it seems that they removed the server,” Powell told “Lou Dobbs Tonight” in an interview aired on Nov. 30.

Powell added that her team does not know where the server is.

Dominion’s software and hardware features prominently in two lawsuits filed by Powell in Georgia and Michigan.

The lawsuits claim that the software is vulnerable to manipulation by hackers and was used to alter to vote totals in the presidential election.

Powell said her team is making significant progress in both cases while preparing to files suits in other states. She said the lawsuits are meant to stop the runoff elections in Georgia in January “because all the machines are infected with the software code that allows Dominion to shave votes from one candidate and give them to another and other features that do the same thing.”

“Different states shaved different amounts of votes. The system was set up to shave and flip different votes in different states. Some people were targeted as individual candidates. It’s really the most massive and historical egregious fraud the world has ever seen,” Powell said.

Dominion has vehemently denied these and other allegations.

A Dominion Voting Systems server crashed on Nov. 29 during the second recount in Georgia, according to a spokesman for Fulton County.

“A newly purchased Dominion mobile server crashed,” the spokesman told The Epoch Times via email. “Technicians from Dominion have been dispatched to resolve the issue.”

The office of the Georgia Secretary of State Brad Raffensperger, a Republican, was told of the issue and is aware of attempts to fix the problem, the spokesman said.

The judge presiding over the Powell case in Georgia has scheduled a hearing concerning the temporary restraining order for Dec. 4.

According to an affidavit from a GOP poll worker that was filed alongside the request for a restraining order, an election official wrote in a message on Nov. 25 that some ballot-counting machines were to be reset on Nov. 30 so they could be used in the machine recount requested by the Trump campaign given the tight margin with former Vice President Joe Biden.

Upon seeing the message, the poll worker said they notified their supervisor because they were concerned about wiping of the machines.

“I am seeing lots of notices from lawyers about possibly impounding the machines,” the poll worker wrote, according to the affidavit. “Lawyers are now saying that the machines should be confiscated immediately before this happens to protect forensic data. They are saying those machines need to be impounded ASAP. Yikes. Maybe I’m being overly paranoid but let’s be sure this is what we’re supposed to be doing.”

When the poll worker asked if the reset will wipe the forensic info from the machines, the manager said that “Atlanta already did it.”