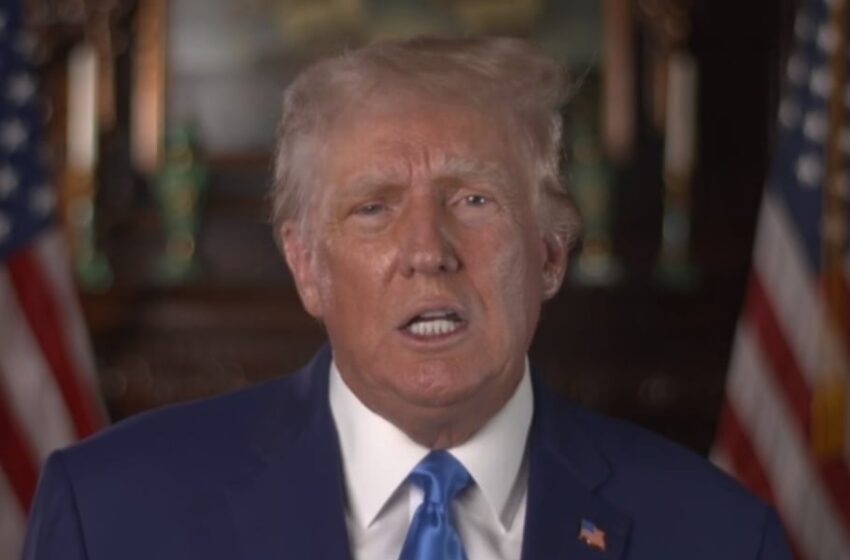 President Trump responds to the Jan 6 report after the Jan 6 committee comes out with a bogus report with bogus recommendations from the unconstitutional committee.

President Trump wanted security and safety and he asked for it on Jan 6.  Unfortunately, Nancy Pelosi and the Mayor of Washington D.C. refused to honor his request.

The election was stolen and the country knew it.  One million people showed up on a cold day in January in Washington DC.  Americans from around the country were there.  They wanted their votes counted and the criminals who stole the election put in jail.

In an exclusive video provided to the Daily Caller, Trump responded to the report, saying that for two years, “the American people have been besieged with lies from the partisan witch hunt known as the Unselect Committee on January 6.”

Trump claimed he urged the deployment of 10,000 to 20,000 National Guard troops days before the protests at the Capitol, but that “Nancy Pelosi and the D.C. mayor refused.”

“If they had listened to me, my recommendation, none of this would have happened, and you wouldn’t have heard about January 6 as you know it,” he added.

He then called the allegations from former White House aide Cassidy Hutchinson about him lunging for the steering wheel to get to the Capitol an “absurd and discredited story.”

“The events of January 6 were not an insurrection. They were a protest that tragically got out of control, and which the left has been weaponizing ever since, to censor, spy on and persecute American citizens. The entire phony hoax is about taking away your speech, taking away your vote and taking away your freedom,” Trump said.

“The Unselect Committee will go down in history as a con job and a disgrace. They want to stop us from taking back our country, but they will fail, they will not win. We will make America great again,” he concluded.

President Trump is right.  The villains who should be in jail are the corrupt and criminal monsters who stole the election.  But Nancy Pelosi couldn’t do this because she