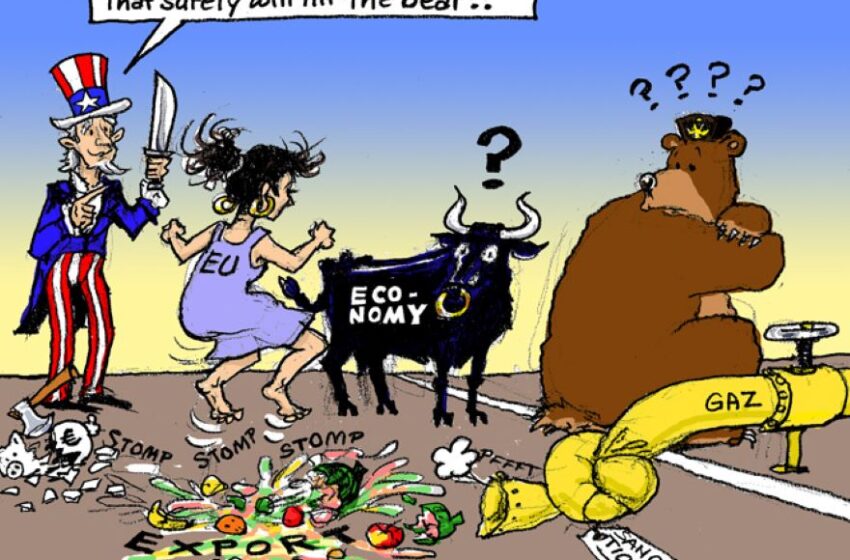 Pundit Steve Liesman spins the data, says we need to wait longer, and circles the wagons to protect the policy makers, specifically the White House.  Mohamed El-Erian tries to split the baby (02:00 video); while not admitting directly that the economy is in a recession, he states the “economy is weakening much faster than expected.”  WATCH:

At a certain point all of this pretending and denial is going to come crashing down.  The “economic transition” to a new “green future” they are all pretending not to see as the root cause of the economic collapse, has unavoidable consequences.

The dam is breaking around them and they are running out of fingers and toes to stop the inevitable collapse.  Meanwhile the Davos crowd has purchased all the scuba gear and awaits the final outcome.