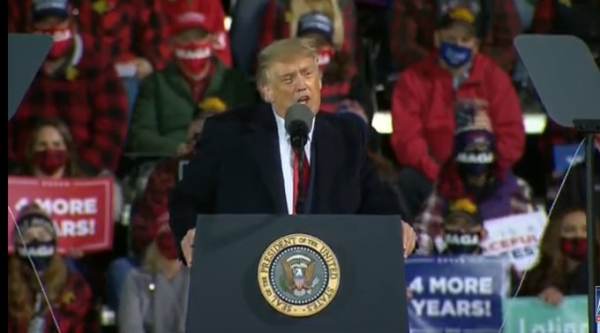 Two protesters at President Trump’s airport rally in Duluth, Minnesota were carried out head first by security after they laid on the ground on their stomachs in front of the media pen. The rally on the tarmac had several thousand in attendance in the chilly autumn night. 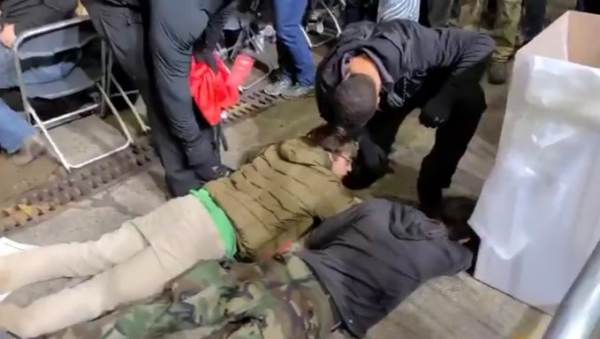 According to a reporters who filmed the protesters, the protesters shouted and then laid on the ground and waited for security to take them away. While on they ground they were heard cursing President Trump.

The security officers at the Trump rallies this year are buff. It doesn’t show in the cold weather clothing worn at this rally, but the male and female guards are in top shape and can carry these protesters out like cordwood.

Two protesters were just carried out of the Duluth rally by security. pic.twitter.com/vpSGI2lS6q

No. They just started shouting and then lied on the ground. Not even 5 minutes into Trump talking.