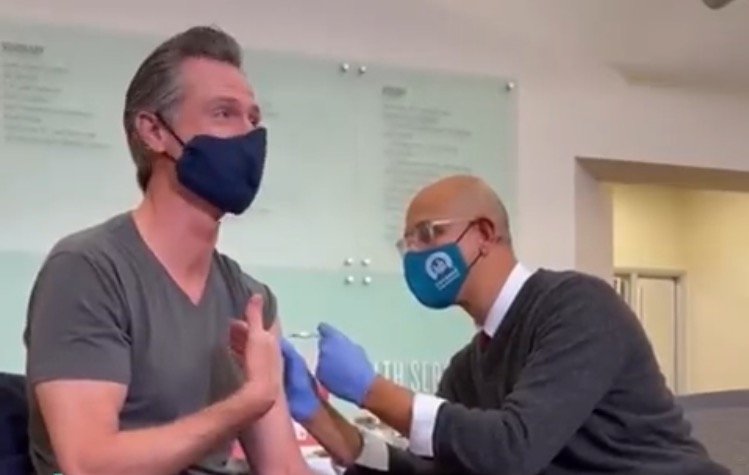 In a rare show of fortitude from the educational establishment – especially within the woke Bastian of California, one school district is digging in its heels against the medical tyranny that is being imposed by the State’s radical Governor, saying simply that it will ignore the order to mandate vaccines for students and staff.

After overwhelming pushback from parents and community members over Gavin Newsom’s announcement in October that all eligible students must get vaccinated for the upcoming spring semester, the Oakdale Joint Unified School Districtoverwhelmingly passed a resolution saying the district will not adhere to the governor’s authoritarian mandate and will petition state officials to downgrade the requirement to a recommendation.

Sometimes, all it takes is a simple ‘no.’ Especially when the issue at hand has nothing to do with any law – refusing to comply with arbitrary, unscientific public health orders is not criminal.

The school board voted 4-1 in approval of the measure, which they called “absolutely essential,” because it enables parents the freedom to make their own informed decisions about their children’s health.

From the OUSD announcement:

“The governing board is aware that many parents have concerns about the safety of the COVID-19 vaccine and believes that parental choice regarding health decisions is absolutely essential.”

Regarding the vaccine mandate itself, the resolution clarifies that the district will not “deny employment” or “student access to in-person education” because of their Covid-19 vaccination status.

Naturally, the radical public health bureaucracy was not pleased with the district’s announcement. According to the Modesto Bee, the woke California Department of Education immediately threatened to cut attendance-based funding to schools that violate the governor’s vaccine mandate.

From the Modesto Bee:

State Superintendent Tony Thurmond respects local control and understands the difficult choices districts need to make in order to keep schools open and safe and to keep all students learning,” spokesman Scott Roark said via email. “However, there are audit consequences for not adhering to current immunization requirements.

Although the threat to cut funding is a scary prospect to face for schools, the threat rings somewhat hollow when you consider the fact that California’s Vaccine Mandate for students has already been pushed back to the beginning of the 2022 fall semester by most of the districts in the state, including Los Angeles Unified – the countries