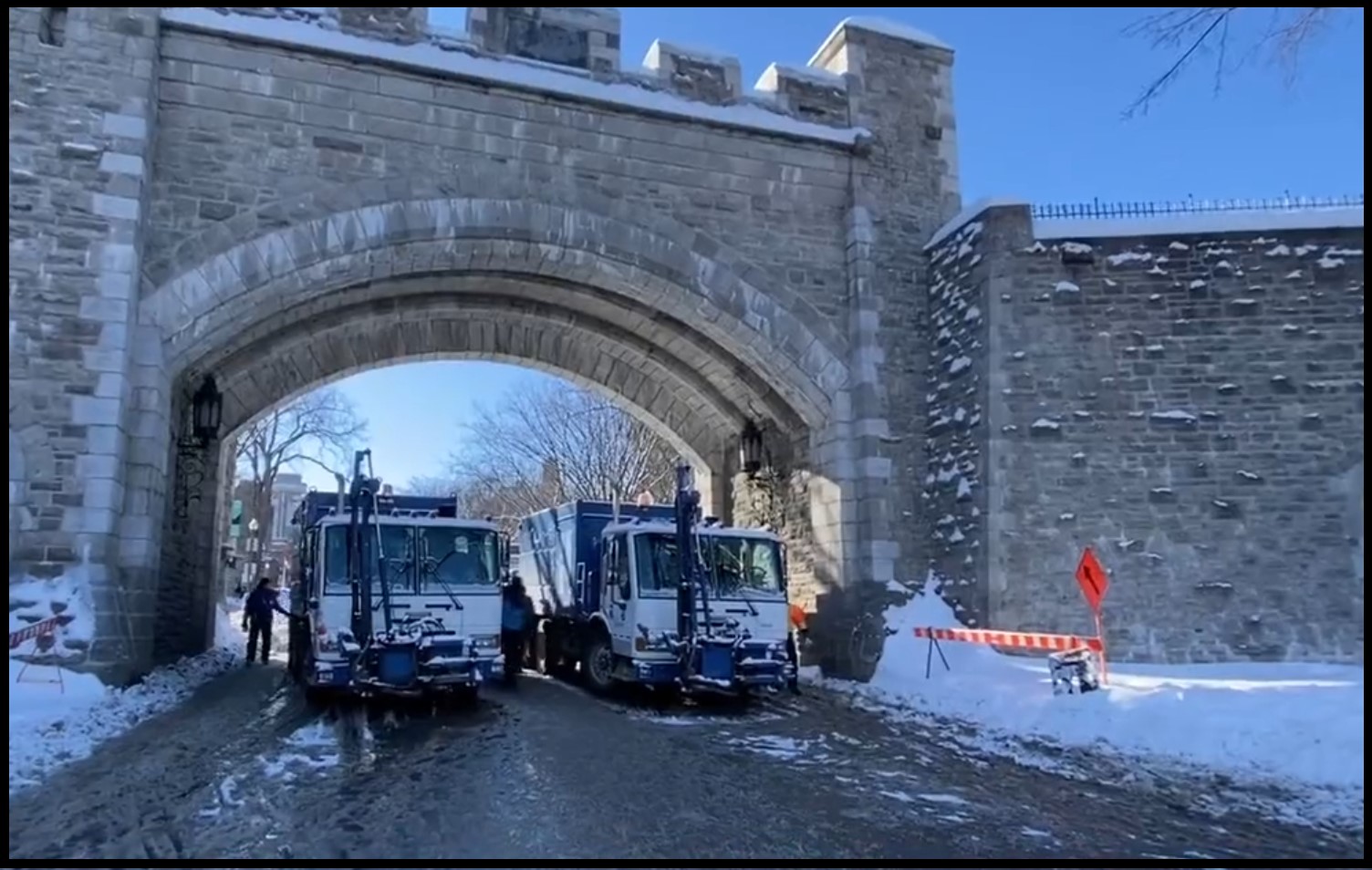 It really does seem like something out of a modern-day Monty Python skit.  Officials in the city of Quebec City, Canada were fearful the pesky unwashed peasants might make their way to the parliament buildings, so they blocked the passages and sent guards to ensure no one could traverse the ramparts.

Good grief, if the politicians only had a drawbridge, you could be sure they would have pulled it up to keep the peasants away and survive the siege.  In an effort to retain their tenuous grip on power, Canadian officials have become a modern parody of medieval times. 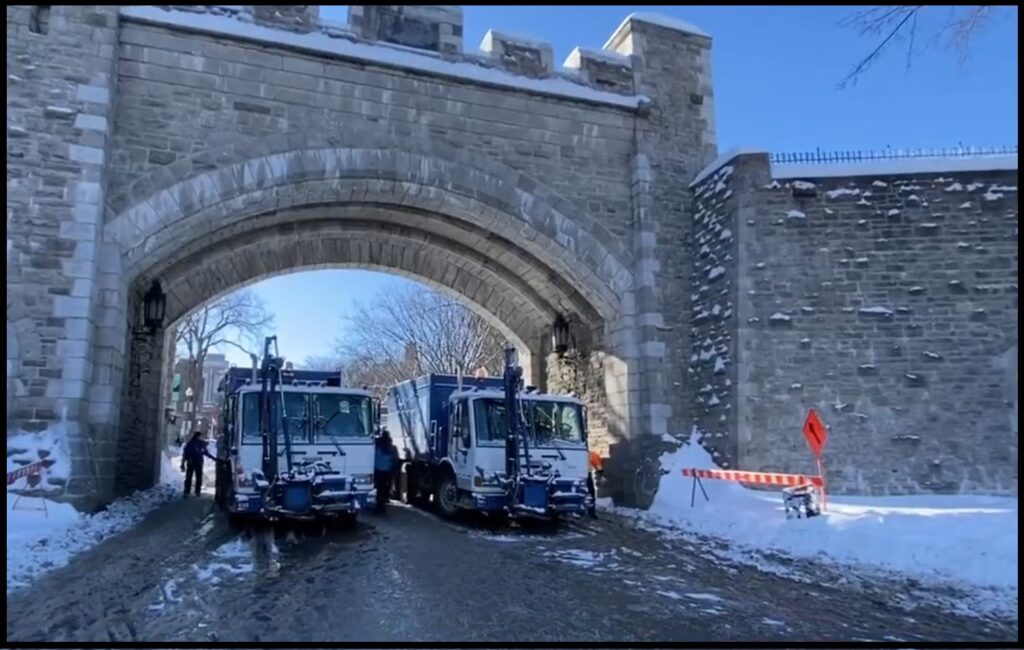 Behind the walls, the powdered class grasp their goblets, drown themselves in the pontificating nectar of elitism, and hold frantic court filled with dark imaginings of unvaccinated ruffians scaling the walls.  There are no political parties here, this is us, the elites, against them.

You can see it in their behavior, the ruse of the party system is gone.  The tender heads of the Liberal clan resting in the assuring lap of their Conservative defenders.  Conservative men in skinny pants, brave enough to white knight for the liberals in distress.  Well, brave enough until the rubes break through the barriers maintained by the media guards.

Oh, the humanity. The jesters try to distract from the honking, yes, unnerving and deafening honking… all that honking.  Honking, the auditory violence that reaffirms, to the pantywaist pearl-clutchers, that this is indeed an uprising.  Honking… they just won’t stop honking.  Quick, summon scribes to dispatch pamphlets that honking will not be permitted in village or valley.

Honking, as if the deep and thundering sound of Saxon horns were echoing through the courtyard.  The farmers’ tractors suddenly look like trebuchets being assembled around the streets.  The sound of alarm, the triggered fear befalling the receiving audience.

As noted by King Trudeau, all of this must be stopped if the Potemkin village of Canadian Democracy is to be saved.  Alas, as dispatchers and scribes return from visits to other parts of the land, it’s not just Ottawa and Quebec City that are besieged, it’s almost every outpost everywhere.

The eyes of the elite dart with every parliamentary report.  They gasp at the report of wildlings riding horses who have joined the insurrection. Whispers of the Russians, or Cossacks, or something… it’s got to be.