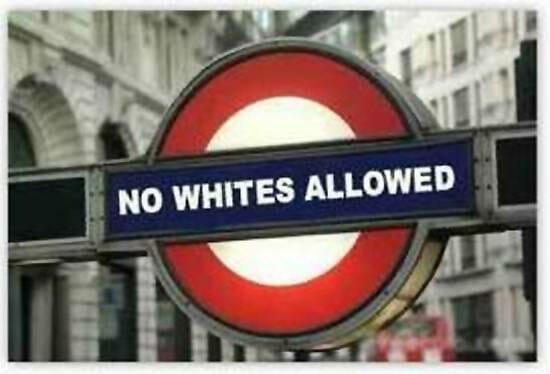 The Constitution of the United States guarantees the basic rights of all U.S. citizens, including equal protection under the law. Many Democrats, however, do not believe our founding document should apply to white individuals.

San Francisco Bay Area Democrats are applying this noxious principle to guaranteed minimum income (aka basic income) programs. These initiatives, unlike traditional welfare programs, provide taxpayer dollars with absolutely no strings attached. Hypothetically, one could purchase drugs and booze without worrying about running afoul with the law.

The Washington Free Beacon on Tuesday revealed that three basic income programs in the Bay Area are barring white residents from participating. One of the initiatives is the Guaranteed Income for Transgender People program (GIFT), which TGP’s Cassandra Fairbanks covered in November.

“The initiatives include the Black Economic Equity Movement, which provides $500 a month exclusively to “Black young adults,” the Abundant Birth Project, which provides $1,000 a month to “Black and Pacific Islander mothers,” and the Guaranteed Income for Transgender People program, which will dole out $1,200 a month and “prioritize enrollment” of transgender “Black, Indigenous, or People of Color (BIPOC).”

“They are financed by the National Institutes of Health, the California Department of Social Services, and the city of San Francisco, respectively.”

“All three initiatives appear to violate the 14th Amendment, which bans states from discriminating based on race, said Dan Morenoff, the executive director of the American Civil Rights Project, as well as the California constitution and the Civil Rights Act of 1866, which ban racial discrimination in contracting.”

“In addition, the Black Economic Equity Movement appears to violate Title VI of the 1964 Civil Rights Act, which bans racial discrimination by the recipients of federal funds. The National Institutes of Health, whose “health equity” initiative funded the program, did not respond to a request for comment.”

Democrats in the San Francisco area are handing out free money to nonwhite individuals. At the same time, they are openly defying the United States Constitution by denying white people government handouts.

The new Democrat motto: we will care for you cradle to grave unless you have white skin.

This is far from the first time Democrats have attempted to utilize government to discriminate against white individuals, however. The so-called American Rescue Plan (which is largely responsible for the inflation crisis) contained a $4 billion loan forgiveness program exclusively for minority farmers to “address” previous racial wrongs in farming