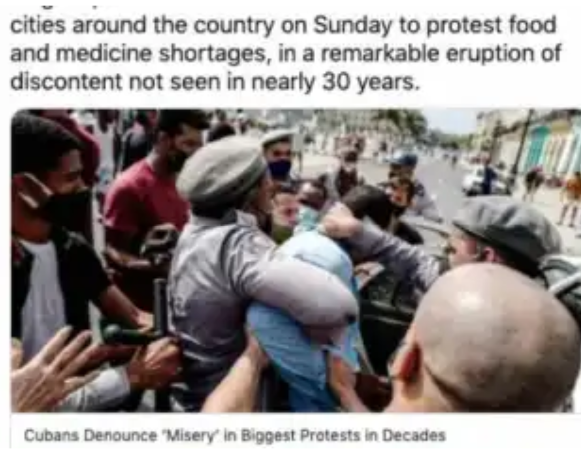 Tucker Carlson recently exposed the New York Times for covering up for the CIA after the agency was accused of playing a role in the assassination of JFK. There are a lot of questions surrounding the JFK assassination, and the government has a lot of gall in keeping the answers hidden. In 1964, people started to question the story they were told about the assassination and implicated the CIA. The New York Times jumped to the CIA’s aid with a phrase. They also came to Castro’s aid with a writer named Herbert Matthews.

The New York Times coined the phrase “conspiracy theorist” to silence people who doubted the magic bullet theory in the murder of President John F. Kennedy in 1963. The CIA didn’t like Kennedy after The Bay of Pigs affair when they felt he betrayed them for failing to provide the air support he promised. It became a debacle.

The media has reportedly been a mouthpiece for the CIA and other intelligence agencies for years. It didn’t start with Twitter. It was merely business as usual.

Disinformation is not necessarily a lie? Listen yourself:

In the April 25, 1966 edition of the New York Times, Kennedy allegedly said he wanted to destroy the CIA.

Former President Truman, whose Administration established the C.I.A. in 1947, said in 1963 that by then he saw “something about the way the C.I.A. has been functioning that is casting a shadow over our historic positions, and I feel that we need to correct it.”

And President Kennedy, as the enormity of the Bay of Pigs disaster came home to him, said to one of the highest officials of his Administration that he “wanted to splinter the C.I.A. in a thousand pieces and scatter it to the winds.”

It has never been confirmed and the Times source was never named. However, it does point to the need to see all the documents surrounding JFK’s death so we don’t go on with so-called “conspiracy theories.”

If you rely on the “mainstream media,” you won’t get the raw truth. The New York Times is highly respected, but not because they earned the praise.

In 2021, the New York Times described chants of “freedom!” by thousands of peaceful protests in Cuba as one of several “anti-government slogans” popular among the congregated.

Shouting “Freedom” and other anti-government slogans, hundreds of Cubans took to the streets in cities around the country on Sunday to protest food and medicine shortages, in a remarkable eruption of discontent not seen in nearly 30 years. https://t.co/iJnMDGQUwQ

That’s who they are. They prove it time and again.

“Shouting ‘Freedom’ and other anti-government slogans, hundreds of Cubans took to the streets in cities around the country on Sunday to protest food and medicine shortages, in a remarkable eruption of discontent not seen in nearly 30 years,” the Times wrote.

Matthews’ reports, beginning in 1957, portrayed Castro as a freedom fighter seeking to restore democracy to the island nation and made him appear far more popular than he was on the island, Breitbart reported accurately.

They dignified Castro’s image, giving him credibility both at home and abroad and helping his rise to power.

Castro said he only had twenty men when he convinced Matthews he had a huge army. Matthews’ observations backed this as he wrote, “from the look of things, General Batista cannot possibly hope to suppress the Castro revolt.”

After Castro won and firmly established his brutal socialist state in 1959, Castro claimed his “greatest ploy” was tricking Matthews.

According to Breitbart’s accurate report, in 2017, the New York Times published a series of articles praising the legacy of communism, which has killed up to 100 million people or more.

It doesn’t stop with Matthews.

The NY Times has a history as an anti-Semitic and pro-brutal dictator paper that hid the Holocaust. Germans weren’t hiding what they were doing. When stories seeped through, they pretended the sources were not reliable.

The Times also knew about Stalin and The Great Purge and covered it up.

They are as reliable as any propagandist in history, and they’re not alone. the media, in general, manipulates us. They tell you what to care about and how you should feel about it.

The Hidden Files of the Killing of John Fitzgerald KennedyDecember 16, 2022In “Home of News, Politics & Opinion”

The Day Democracy Died, if RFK Jr Is Correct – The First “Coup De’Etat”December 17, 2022In “Home of News, Politics & Opinion”