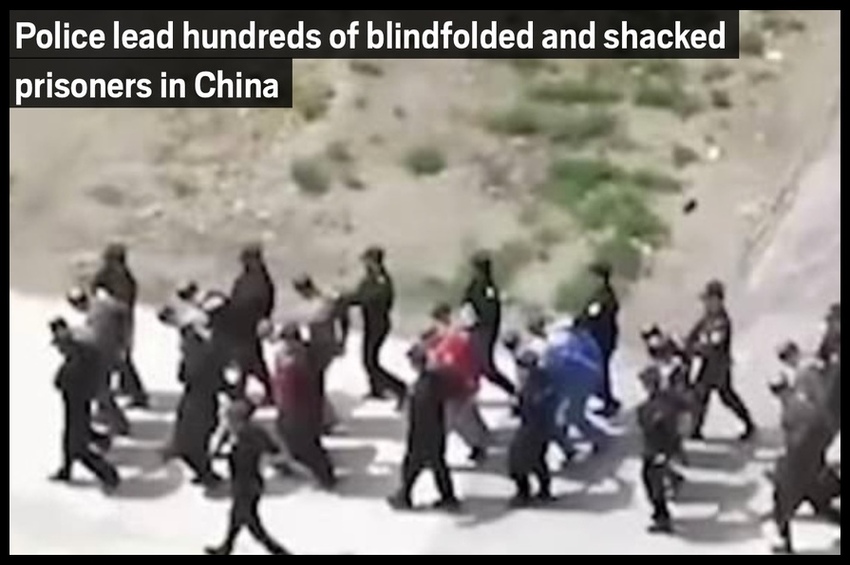 Today, I just read that the United Kingdom citizens will be holding a massive protest at their Parliament building on Wednesday, January 6, 2021. Why?

Their MP’s will be voting to make lockdown a law until vaccinated. 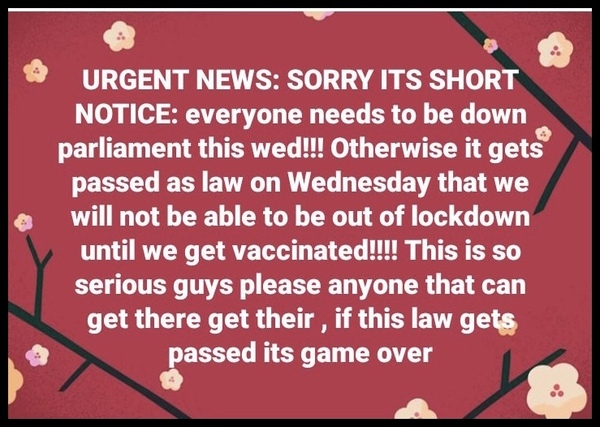 Is this next for us? Why wouldn’t it be? Thus far, our media, state and federal courts, SCOTUS, governors and state legislatures, the Department of Justice, FBI, CIA, our senators, and Representatives have intentionally turned a blind eye to both China’s attack on Americans and election fraud.

Our National Institute of Health, the FDA, National Institute of Allergy and Infectious Diseases, and other associated agencies intentionally withheld hydroxychloroquine as a treatment from us. Why? Because this drug eradicates the disease. Eradicating it interferes with the Global Reset. The World Health Organization touted how exemplary the Chinese Communist Party was in handling the virus in China. Now there is a variant of Covid-19 that spreads more rapidly but is not as deadly as covid-19. Our government is unleashing vaccines in rapid succession with a 94% efficacy for a manmade disease unleashed upon us with a 99.998 percent survival rate. A vaccine that is not more effective than letting the disease die out on its own is nonsensical. I do not believe for one minute there is a variant. If it does exist it is because China dumped another biological upon the world.

Our Congress denied aid to the American people not once, not twice but three times. All was done while our military generals watched Americans beaten, murdered, and lose their livelihoods because the US military only protects Americans from foreign attacks. These are military leaders who openly state they will not follow an order from their Commander in Chief, our President. These are military leaders who want us to believe we are not being attacked by a foreign enemy when we know we damn well have and are being attacked by China.

The Global Reset is on a fast roll. The Chinese Communist Party virus got it started but didn’t produce the desired results. There are many countries involved in the Global Reset. China wants to be the dominant country, making the world reliant upon them for everything.

Our problem in America is that we have many in Congress, in our government agencies, including the FBI, CIA, governors and mayors, judges and law firms, government health officials and our military leaders who have sold themselves to China and the members of the Global Reset. They are in so deep they cannot get out without losing financially and quite likely their lives. How many Americans do you know that are knowledgeable of the reset? How many Americans do you think have heard of the Global Reset? If you are one of them, you need to get up to speed in short order.

There were many articles out yesterday, January 4, 2021, stating that Senator Mitch McConnell, Speaker of the House Nancy Pelosi, and GOP Leader Kevin McCarthy agreed to a plan to appease the Trump supporters. That plan includes debating for 2 hours the states objected to, then holding a vote, resulting in acceptance of the seven states’ certified results making corrupt Joe Biden the President. But surely, no one believes this will be announced on January 6, 2021, while millions of conservatives descend upon the Capitol in protest. These cowards will wait until the protestors leave DC. They will not have the courage to announce anything while millions of pissed off conservatives are in the congressional backyard.

Are we a country of cowards?

Are we not willing to stand up and take the trash out of the country?

Are we not willing to use our 2a rights to take our country back?

The way I see it is our President must use every act and every power he has available to dispose of the trash up to and including deputizing citizens to arrest corrupted government and judicial officials – federal and state. Our lives depend upon it. We must stand up and fight. What are you willing to do?

Reclaiming a Superpower-Americans Prepare for War is a summary describing where we are today.  Click to read it

You can find me on Twitter and Parler@TheSheilaG2020 (same handle for both). You can also join both the Conservate Choice Campaign  and/or my personal website at Maga First  You can also subscribe to my Telegram channel The Sheila G