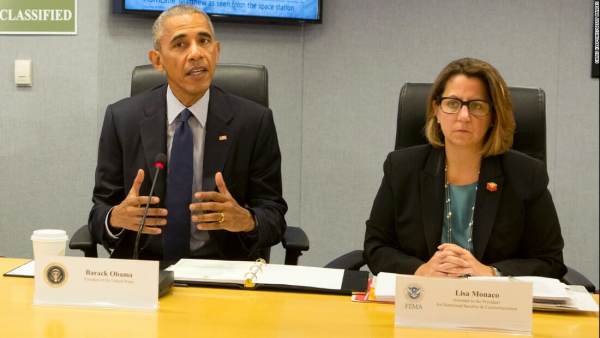 Evil lurks in the halls of Washington DC.

The DOJ’s Deputy Attorney General Lisa Monaco was caught using a pseudonymous email while in office during the Obama years.  This comes as no surprise since Monaco was part of Obama’s secret team that met in the White House basement in 2016 to discuss how to set up Donald Trump in their Trump-Russia collusion sham.

The Gateway Pundit reported on the secret Obama meetings in June of 2018.  These meetings were attended by various Obama lackeys per Yahoo.

For the usual interagency sessions, principals and deputies could bring staffers. Not this time. “There were no plus ones,” an attendee recalled. When the subject of a principals or deputies meeting was a national security matter, the gathering was often held in the Situation Room of the White House. The in‑house video feed of the Sit Room — without audio — would be available to national security officials at the White House and elsewhere, and these officials could at least see that a meeting was in progress and who was attending. For the meetings related to the Russian hack, Susan Rice, Obama’s national security adviser, ordered the video feed turned off. She did not want others in the national security establishment to know what was under way, fearing leaks from within the bureaucracy.

John Kerry and Tony Blinken from the State Department were also present but not the country’s National Security Director at that time, General Mike Rogers, who could not be trusted to push the Trump Russia lie.

Earlier this week Lisa Monaco told an audience at the University of Chicago that top Republicans including President Trump may be indicted in the sham investigations.

And like always, they know they can count on the fake news media to push their lies.