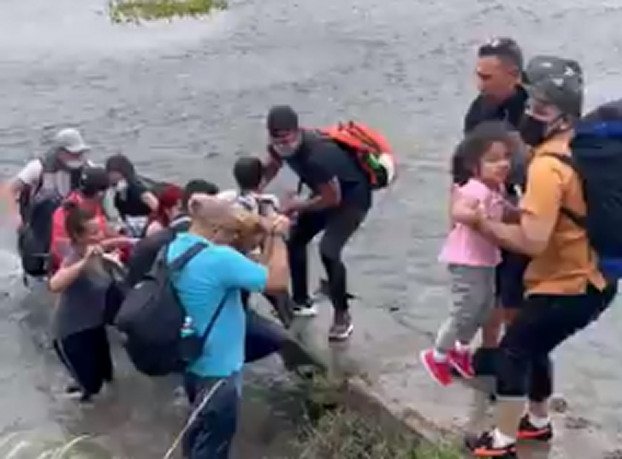 The liberal media may not talk about it very often anymore, but the border crisis is still happening.

That’s the size of the population of a town.

The border crisis took no time off this Memorial Day weekend as thousands of migrants continued to pour over the southern border.

More than 4,000 migrants illegally crossed the border via the Rio Grande Valley over the course of the long weekend, Fox News has learned.

Former Border Patrol Chief Rodney Scott blasted the Biden administration for not addressing what he described as a growing national security crisis.

“There’s no effort to actually secure the border and to figure out who and what’s coming in when you create a chaotic situation like this, and they have created this through their policies,” Scott said.

The Department of Justice announced it will appeal a decision handed down last week by a federal judge that blocked the administration from ending Title 42, however the DOJ has not officially filed the appeal.

If Republicans win the midterms, Biden should be impeached over this. He has been completely derelict in his duty to protect America’s southern border.

Biden’s CDC still requires proof of a negative COVID test for US citizens to re-enter their own country by air, while 8,000 illegals a day pour across the southern border on foot, in case you were wondering if the people in charge of our government are spiteful morons

Does he not want to admire the humanitarian disaster he created?

It’s being done on purpose.