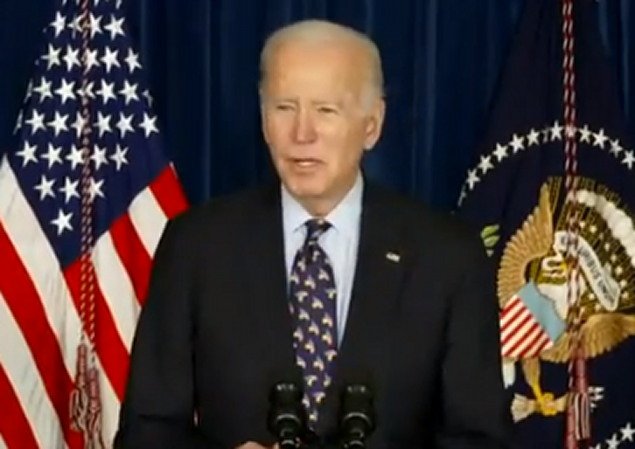 Joe Biden is losing various groups of voters faster than any president in recent memory.

He has lost independent voters, he and his entire party are losing Latino voters, and now young voters are turning on him.

Who will be the next to go?

Younger people have become disenchanted with President Joe Biden, the septuagenarian rapidly losing support with the demographic that was wary of him during the 2020 Democratic primary.

On average, fewer than 3 in 10 adults under the age of 30 approve of Biden’s job performance as president, and a majority disapproves, according to online polling conducted by the Economist and YouGov. Biden’s net negative 21 approval rating with the demographic is his worst among any age group, the organizations found. On top of that, Biden has a net negative 17 rating among people aged between 30 and 44.

The Economist-YouGov findings suggest Biden’s popularity is dropping fastest with younger people, who earlier this year rewarded him with a net 32 approval rating. Biden currently has a negative 5 rating among adults aged 45 to 64, and a negative 8 with those 65 and older.

The Economist-YouGov polling is not an outlier, aligning with Quinnipiac University data. In Quinnipiac’s first national survey of Biden’s presidency in February, 18- to 34-year-olds gave him a net 12 approval rating while he scored a net 15 rating from 35- to 49-year-olds. That plummeted to a net negative 10 among the former and a negative 21 with the latter last month.

Fewer than 3 in 10 adults under age 30 currently approve of #Biden’s job performance.

On average, fewer than 3 in 10 adults under the age of 30 approve of Biden’s job performance as president, and a majority disapproves, according to online polling conducted by the Economist and YouGov.https://t.co/fTHJRhwrfx

Will Biden even make it to the 2024 election?