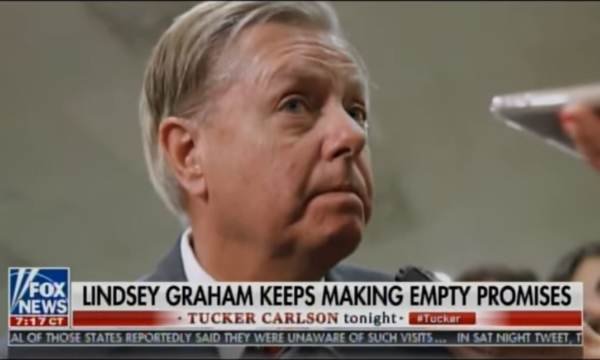 Lindsey Graham wants to read all of your text messages and emails and then throw you in jail without a trial.

An estimated 50,000 supporters turned out to see President Trump in Texas.

During his speech President Trump promised to release the persecuted January 6 Political Prisoners at the DC Gulag! These poor men and women are held in isolation without any basic human rights. Truly this is a dark stain on America and our judicial system.

Lindsey the liar is the worst.

And now Lindsey Graham is out sponsoring legislation to have the US government access your private messages including text messages and DMs.

People don’t want outsiders reading their private messages —not their physical mail, not their texts, not their DMs, nothing. It’s a clear and obvious point, but one place it doesn’t seem to have reached is the U.S. Senate.

A group of lawmakers led by Sen. Richard Blumenthal (D-CT) and Sen. Lindsey Graham (R-SC) have re-introduced the EARN IT Act, an incredibly unpopular bill from 2020 that was dropped in the face of overwhelming opposition. Let’s be clear: the new EARN IT Act would pave the way for a massive new surveillance system, run by private companies, that would roll back some of the most important privacy and security features in technology used by people around the globe. It’s a framework for private actors to scan every message sent online and report violations to law enforcement. And it might not stop there. The EARN IT Act could ensure that anything hosted online—backups, websites, cloud photos, and more—is scanned.

The bill empowers every U.S. state or territory to create sweeping new Internet regulations, by stripping away the critical legal protections for websites and apps that currently prevent such a free-for-all—specifically, Section 230. The states will be allowed to pass whatever type of law they want to hold private companies liable, as long as they somehow relate their new rules to online child abuse.

The goal is to get states to pass laws that will punish companies when they deploy end-to-end encryption, or offer other