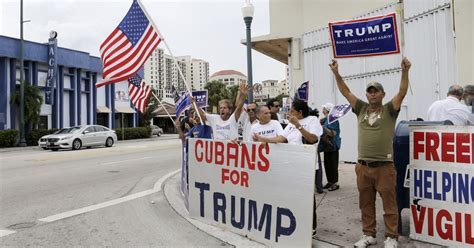 With the recent uprisings in Cuba, the American people have been reminded about the deadly costs of socialism and marxists ideologies.

In today’s Democrat party, there has been an outbreak of anti-American ideals being pushed on the American people, but in many cases it falls on deaf ears among Cuban and Venezuelan Americans who have seen the ravages of Communism first hand. Too many Americans continue to have an idyllic notion of Cuba as a socialist utopia. The incredibly vicious brutality of the Cuban secret police and the crushing oppression of the Cuban people is rarely reported in the United States.

The Biden administered created a myth that the recent uprising by the Cuban people was caused by the people’s outrage over the island’s lack of COVID-19 vaccinations when in fact the uprising was caused by the dire conditions in Cuba where food, gasoline and medicine are both rare and rationed. The Cuban uprising was a demand for human rights and a better, freer quality of life and, in fact, had nothing to do with the COVID-19 vaccination.

Sadly, many younger generation Cuban Americans born in the United States are too far removed from the horrors of the socialist or communist country their families once suffered under before taking the courageous step of fleeing to the United States of America to seek opportunity and freedom  Young people sporting  T-shirts with the imagery of Che Guevera thinking him to be a romantic revolutionary when in fact he was a murdering thug. These same millennials have no frame of reference for Castro’s Cuban dictatorship. The education of these young people- and indeed all of the  American people- as to what conditions are really like in Cuba is imperative.

Despite some Hispanic community leaders, politicians, and commentators having been corrupted by pervasive left-wing demagoguery, I thought It necessary to recognize six individuals who are fighting for truth.

These are not power rankings, just six wonderfully patriotic Hispanic Americans who are fighting to educate the American people about the evils of Socialism and Communism.

1). Robert Unanue: The CEO of the popular food company Goya foods came under fire last year for his strident support for President Donald J. Trump. Leftwing activists, Democrat elected officials, and the mainstream media demanded boycotts of his brand, a brand that was created by his immigrant ancestors nearly 90 years ago when they came from Spain. Even after manufactured backlash, Unanue continued to defend