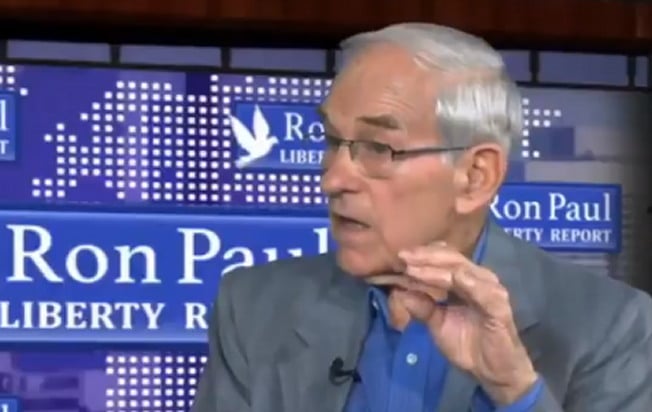 Retired Congressman Ron Paul is a man of integrity. He was sometimes described as the conscience of the Republican party.

In a new column, he is suggesting that Adam Schiff should be expelled from Congress.

Paul is saying this because of all of the damning information about Schiff that has been exposed since Elon Musk took over Twitter.

Isn’t it Time For Adam Schiff to be Expelled From Congress?

With each new release of the “Twitter Files” we learn more and more about the deep corruption in Washington. We sensed during Covid that something was really wrong – for example the bizarre denial of natural immunity. But thanks to Elon Musk’s decision to open the books, our worst fears have been proven true. Each new release seems to show something even more criminal inside America’s rotten ruling class.

In the latest release, thanks to the excellent reporting of independent journalist Matt Taibbi, we see outgoing Chair of the House Intelligence Committee, Rep. Adam Schiff (D-CA), continuously pressuring Twitter to validate his fantasies of “Russian bots” manipulating US politics.

The short version of what Taibbi reported comes from around the time then-Chairman of the House Intelligence Committee Rep. Devin Nunes (R-CA) was about to release his Committee’s findings about the FBI misuse of the FISA Court to spy on the Trump presidential campaign. The FBI, it turns out, relied exclusively on the widely-discredited “Steele Dossier” – paid by the Hillary Clinton campaign – as justification to spy on the Trump campaign.

When pressure grew to release the Nunes findings, Twitter exploded with users demanding that Congress “release the memo.” That’s where then-ranking Member Schiff and his staff began relentlessly pressuring Twitter to show that the accounts demanding the release of the memo were actually Russian agents, out to help their supposed favorite, Donald Trump.

Isn’t it Time For Adam Schiff to be Expelled From Congress?https://t.co/OJ7Qmuvqbopic.twitter.com/uMgCVpOoqI

Ron Paul is right about this.

Adam Schiff has done tremendous damage to the country and he should pay a price for it.