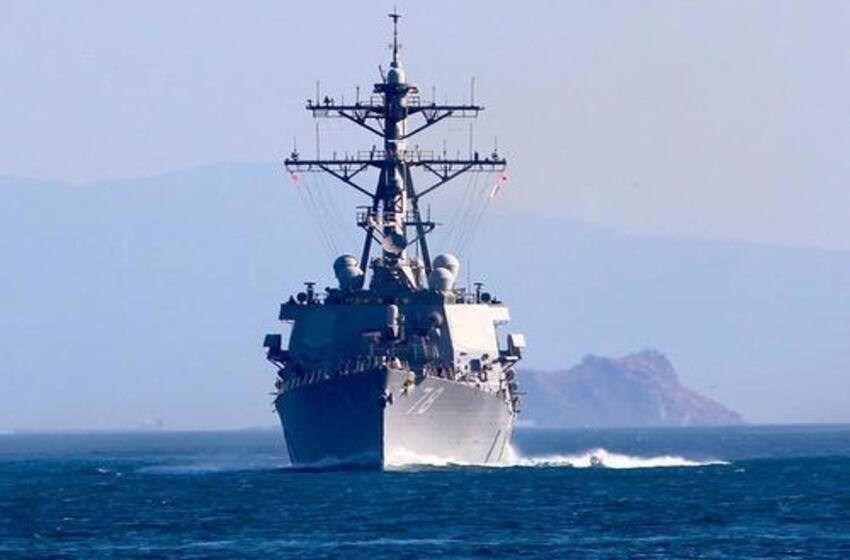 On Thursday a guided-missile destroyer, the USS Porter, was the third American naval vessel to have entered the Black Sea over the past week, with the other two – the USS Donald Cook and USNS Laramie – having been there since Sunday. It’s a significant build-up coming a mere week after Joe Biden entered the White House.

“The US Navy has three warships operating in the Black Sea, stepping up its presence in the region after a drop in overall NATO maritime activity there last year,” Stars and Stripesreports late this week. “The destroyer USS Porter began its transit into the sea Thursday in support of NATO efforts, joining two other Navy vessels conducting operations in the strategic waterway, the Naples, Italy-based 6th Fleet said.”

While a beefed up US warship presence in the Black Sea is nothing new, given that as Stars and Stripes has noted the US Navy spent over 80 days in the Black Sea last year, Russia has certainly taken notice.

A mobile coastal defense anti-ship system Bastion has carried out a march to a deployment site in Crimea within the framework of an exercise being held against the backdrop of the US destroyer Donald Cook’s visit to the Black Sea, the Black Sea Fleet’s information support office said on Thursday.

Crucially the Russian military press release noted that the mobile systems are armed with anti-ship missiles, and are currently prepping for joint drills with Russia Black Sea frigates. “Combat crews arrived in the designated area, readied the systems for combat and carried out preparations for virtual fire,” the TASS report continued.

Despite a bright spot in US-Russian relations coming this week with each side’s negotiators firming up an agreed upon 5-year extension of the landmark New Start strategic nuclear weapons reduction treaty, the White House has still made clear this week it intends to keep up significant pressure on Russia.

Here’s the former commanding general of US Army Europe hailing Biden’s actions to get tough with Russia over Ukrainian sovereignty:

Yes! Presence of US Navy adds in the Black Sea illustrates President Biden’s commitment to NATO and underlines what he told President Putin…Ukrainian sovereignty is a priority.

And further on Friday national security adviser Jake Sullivan said that things are going to be “difficult” with Russia. “On Russia, you know, President Biden takes a clear eyed hard edit practical approach to this relationship. It is going to be challenging and difficult because Russia poses threats across multiple dimensions and part of our inheritance,” Sullivan said.

“We will have to be able to impose costs and consequences for Russia’s aggressive behavior and threats to the United States and our allies and at the same time be able to have credible serious clear-eyed negations with them on hard strategic stability issues,” he added.

…So get ready for four years of Democrat-led “Russia, Russia, Russia!” foreign policy talking points and escalation, if this week is any sign of things to come.