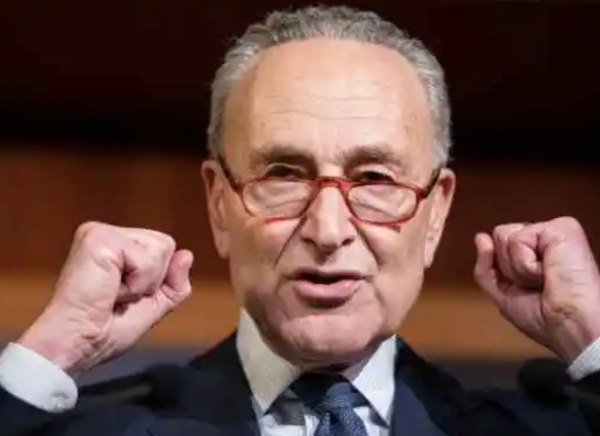 According to Fox News Digital, a group aligned with New York Democrat Chuck U Schumer has spent $50 million in secretive donations to preserve the Democratic majority.

As Fox wrote, what’s ironic about it is Schumer has long been an advocate for banning so-called “dark money” in politics. I guess he only means Republican money.

The donation is SMP’s largest this election cycle and follows the roughly $27 million Majority Forward already passed to SMP, according to its records. Majority Forward is SMP’s most significant funder for the midterm elections with $47 million now poured into the committee heading into the home stretch to Election Day.

“Liberals decry dark money, unless it’s their own,” Americans for Public Trust executive director Caitlin Sutherland told Fox News Digital. “The fact that this Schumer-backed group funneled $20 million to help Schumer keep his gavel, just weeks after his diatribe on the evils of money in politics, is the height of hypocrisy.”

“DONATIONS” ARE A PATTERN

Democrats keep railing about Republicans trying to suppress their black voters, and none of it is true. Yet, here they are, suppressing our votes. Chuck Schumer was behind it. He will stoop to any low to win.

DEMOCRATS GET AROUND FINANCE LAWS

This was two years ago, but it shows how operatives can get around finance laws to attack rivals while hiding motives.

Republicans Josh Hawley and Mike Braun, now U.S. senators, were among those targeted. So were then-Sen. Dean Heller and now-Rep. Matt Rosendale, who lost their races.

Finance laws allow nonprofits to finance ads and make donations that are impossible to trace.

Democrats explored ways to drive a wedge between Republican candidates and their most ideologically committed voters.

Democrats see GOP candidates as deeply vulnerable to their highly ideological political base. They use enormous donations to swing elections.