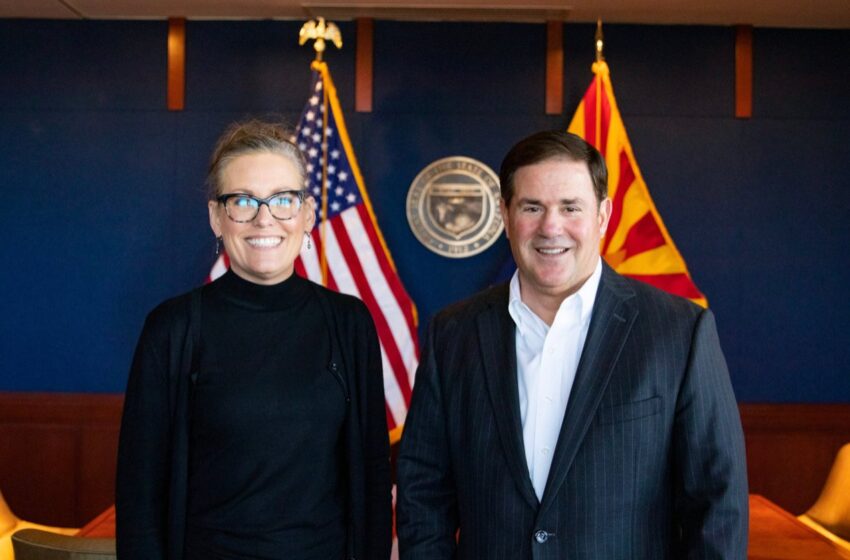 Doug Ducey, the man who certified the rigged and stolen 2020 Presidential Election, came out today and congratulated Katie Hobbs on another stolen election.

The 2022 General Election was an uncertifiable mess.

Election experts and election workers later reported that these uncounted ballots were mixed with already counted ballots, leaving no way of knowing if all legal votes were counted!

Despite this issue occurring at well over 30% of polling locations on election day, Maricopa County officials would have us believe that only 17,000 ballots were affected and dropped into Box 3.

This is why Katie Hobbs was called on by many Republicans and even some Democrats in Arizona to recuse herself from election oversight as Secretary of State in her own election. She refused to do so, and she colluded with Maricopa County to steal another election.

As The Gateway Pundit recently reportedJennifer Wright, the Assistant Attorney General from the state of Arizona, fired off a letter to Maricopa County demanding answers to these tabulation errors and commingling of ballots in duffle bags by November 28.

The Gateway Pundit reported earlier today that Kari Lake’s team filed their first complaint against this election, and Kari called out Ducey this morning on Bannon’s War Room.

“When we drop our lawsuit, they will hear it,” said Kari Lake.

But Ducey was never a fan of Kari Lake, and he even campaigned against her in the Primary Election.

Ducey also vetoed a key election integrity measure that would require County Recorders to cancel voter registrations of unqualified electors. He does not care about stolen elections.

RINO Doug Ducey certified the fraudulent 2020 election, and it is clear he will do it again in the 2022 election.