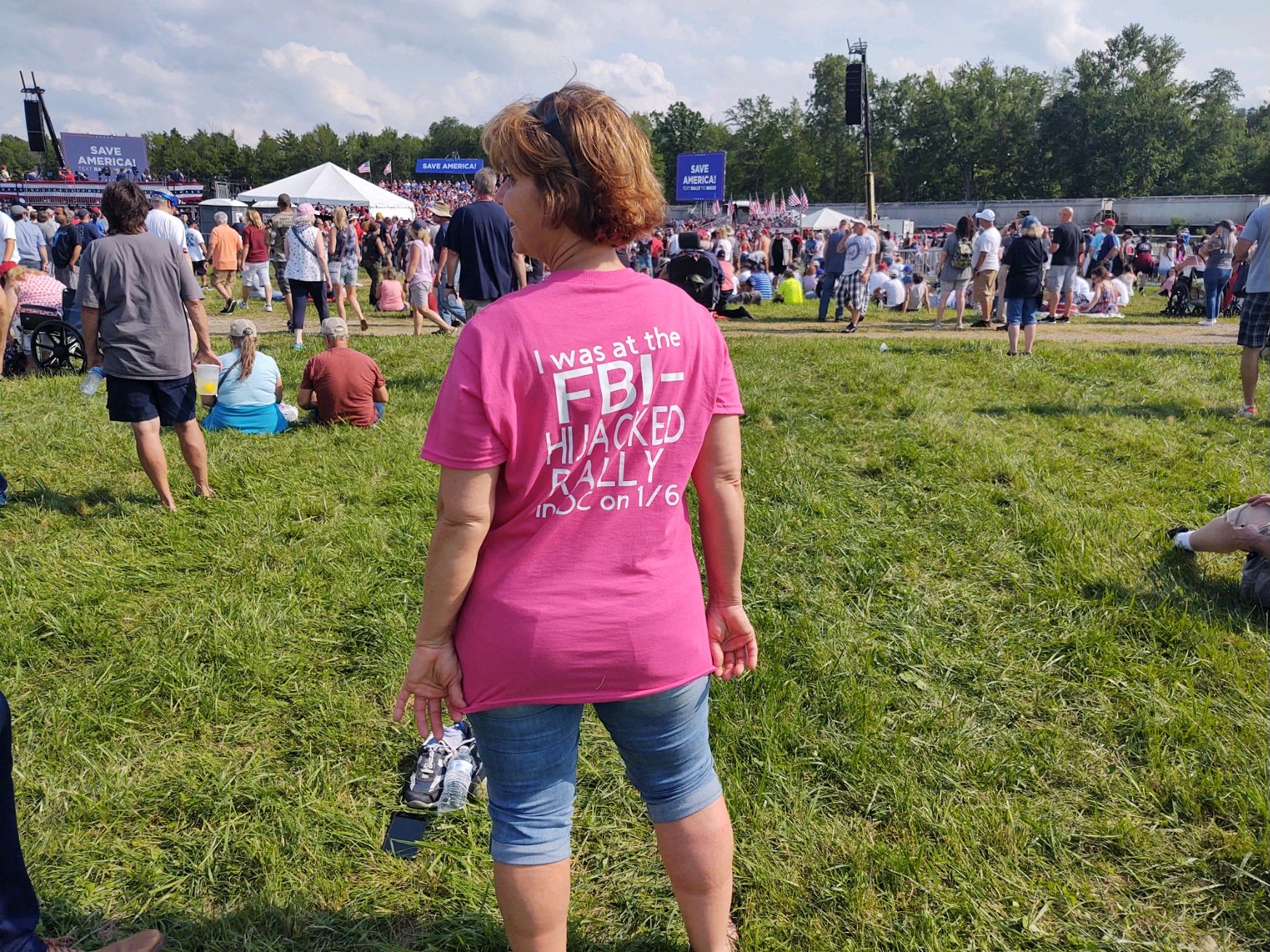 As seen at the Trump rally in Wellington, Ohio tonight–

Let’s pray the FBI doesn’t arrest her in a pre-dawn raid!

The line of cars to enter the rally was more than 2 miles long 5 1/2 hours BEFORE the rally was set to begin…another massive crowd for Donald Trump.

But Joe Biden got 80 million votes…what a joke.

President Trump is in Ohio to support Max Miller, a GOP congressional candidate in Ohio’s 16th District.  According to local Fox 8 News frequent Trump rally goers Mike Boatman and Rick Frazier, among others, camped out on site for days leading up to the big event.

Miller lit up the crowd with his great energy.  Miller called Anthony Gonzales, who is his opponent, a traitor RINO leading the crowd in a “turncoat Tony” chant. 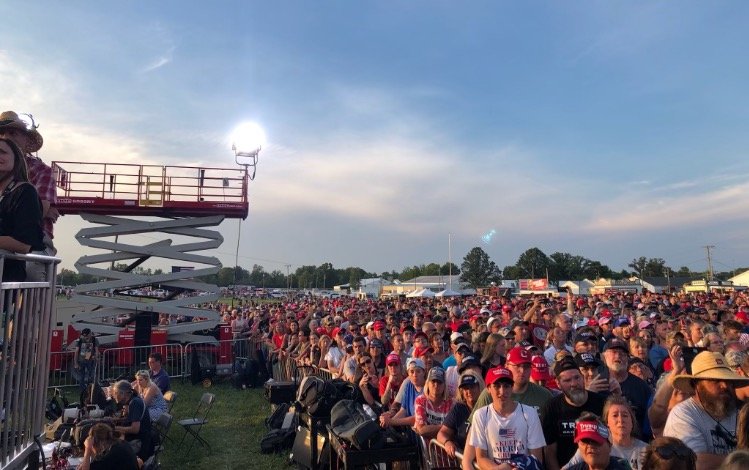 Dr. Douglas Frank kicked off the rally with election fraud, detailing statistical analysis that the MSM refused to report.  The crowd responded by looking back at the media and chanted “Trump Won” to where they presumed CNN was set up. 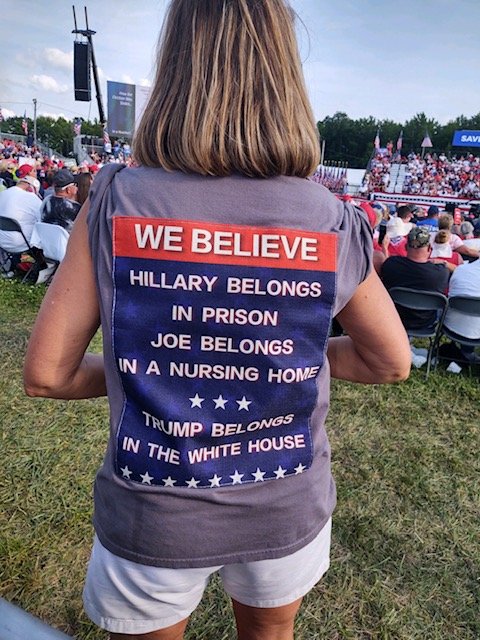 Marjorie Taylor Greene asked the crowd, “Who is your President?” A resounding “Trump” followed in unison.  MTG told the crowd she went to DC to accomplish 3 things….impeach Biden, expel Maxine Waters and fire Fauci.

Jim Jordan was was a crowd favorite and received immense support during his remarks.

Before President Trump even took the stage there were 183,701 viewers on Right Side Broadcasting Network waiting for President Trump to take the stage, soaring to over 211,000 during his speech on this network alone.

President Trump called out fake news reporters asking, “Do you miss me yet?!”

“We will send a message that big tech cannot censor!”

Seen at the Ohio Trump Rally: “I Was at the FBI-Hijacked Rally in DC on 1/6” — And Other Photos from Tonight’s Trump Rally appeared first