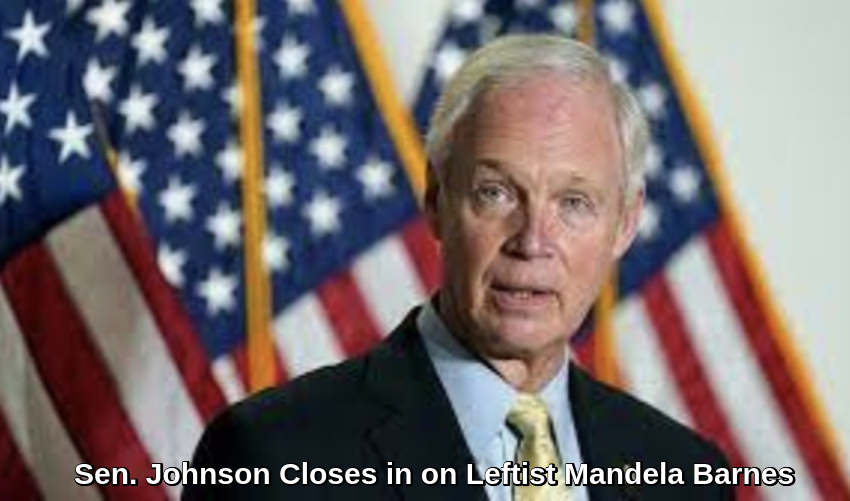 Sen. Ron Johnson is behind by two points in the latest poll against his Democrat opponent Mandela Barnes. Barnes is a Marxist if his campaign platform is accurate. The gubernatorial race matches up the same way.

Sen. Johnson blames the lies and misinformation campaign from the Left. There is another possibility. Are Americans willfully turning towards a party that engages in totalitarian tactics?

Johnson believes he’s behind in the polls because of FBI suppression.

“They absolutely interfered in the 2020 election, far greater than anything Russia or China could ever do, by basically saying I’m a tool of Russia — which I am not,” he said. “The Wisconsin press picks that up, and there are people in Wisconsin who think I’m a tool of Vladimir Putin. Nothing could be further from the truth, but they have smeared me publicly. They just might impact the 2022 election here in Wisconsin as well because, let’s face it, they do not want me reelected because I would be chair of the Subcommittee on Investigations. They know I will investigate their corruption.” 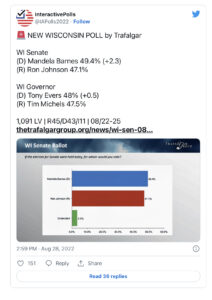 Sen. Ron Johnson said Sunday that Joe Biden would not be president if Americans knew the truth about the Biden laptop.

“The Hunter Biden laptop was censored by Twitter, Facebook. And we’ve seen polls that show that had the American public known the corruption of the Biden family and Hunter Biden, Joe Biden would not be president,” he told Maria Bartiromo on Sunday morning.

“Democratic governance wouldn’t have happened but for the FBI’s politicization, partisanship, and suppression of the Hunter Biden laptop. Again, they had it in December 2019 and did nothing with it.”

And had former President Donald Trump won his 2020 reelection bid, “we wouldn’t have open borders. We wouldn’t have 40-year high inflation, record gas prices, rising crime, all these disastrous results of the Biden administration,” said Johnson.

Additionally, we found out for certain this week that Meta CEO Mark Zuckerberg told podcaster Joe Rogan that Facebook limited stories to the New York Post’s expose about the laptop after the FBI warned them generally of upcoming Russian disinformation.

That wasn’t new information. Zuckerberg admitted that before last week but there was no reaction. We also discovered that the FBI meets weekly or monthly with social media to discuss censorship.

“It’s another piece of the puzzle of the politicization of these principal agencies,” said Johnson. “The weaponization of federal agencies began under the Obama administration with Lois Lerner weaponizing the IRS against [Barack] Obama’s political opponents; and the partisanship, the politicization just continued. Let’s say the exoneration of Hillary Clinton, the editing of James Comey’s exoneration e-mail.”

He said they are the same “cast of characters” who were involved in the Russiagate hoax, Johnson indicated.

“Time and time again, we see the partisanship, partisan actions, political actions being undertaken by the FBI,” he said, accusing the agency of trying to convince him and Sen. Chuck Grassley to end the investigation on the issue.