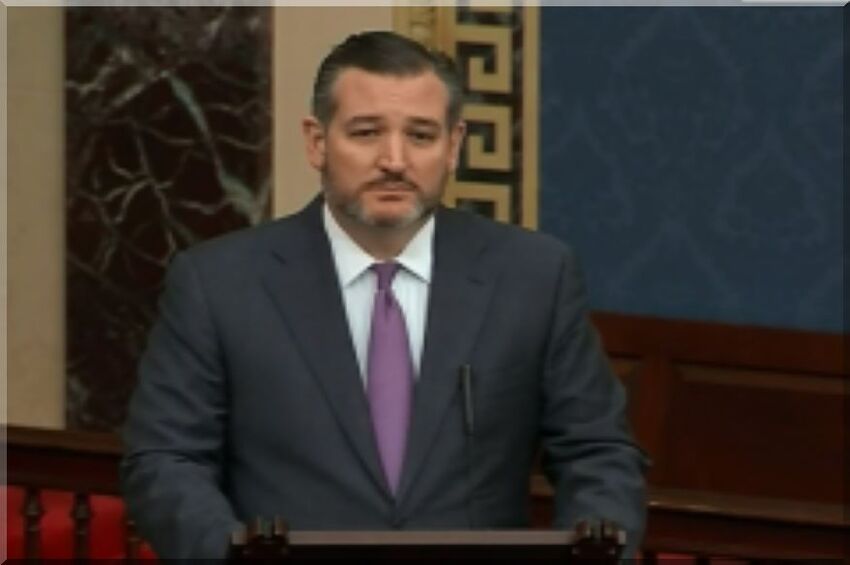 Sen. Ted Cruz (R-Texas) (Photo: Screen capture)(CNSNews.com) – Even before they transmitted the articles of impeachment to the Senate for trial, House Democrats on Wednesday argued against the Senate calling Hunter Biden as a witness. (Not that the House has any say in what the Senate decides.)

While Democrats insist that the Senate call witnesses who may be favorable to their case, they say Hunter Biden is not a “relevant” witness for Republicans.

And what they’re really terrified of is the very significant evidence of real corruption. You’ve got Hunter Biden making $83,000 a month from the biggest natural gas company in Ukraine.

And at a minimum, it’s more than enough for the president to say we will follow the law and investigate it. And I expect to hear that at considerable length from the president’s defense team.

“You know, you mentioned witnesses,” Cruz told Hannity. “What I’ve been saying, I don’t know if there’s going to be 51 senators to bring witnesses in or not. I think there is plenty already to reject the ridiculous articles of impeachment.

“But if they are going to bring witnesses in, we’re not going to do what the House did with a one-sided show trial. And I think it should be, at a bare minimum, one for one. So if the prosecution brings a witness, if they bring John Bolton, then President Trump can bring a witness, he can bring in Hunter Biden. And it should be fair and even,” Cruz said.

“[T]he relevant question is relevance,” Nadler said. “In any trial, you call witnesses who have information about the allegations, about the charges. The allegations, for which there is a mountain of evidence, are that the President betrayed his country by trying to extort Ukraine, by withholding $391 million in military aid that Congress had voted, in order to get Ukraine to announce an investigation of a domestic political opponent. That is the allegation.

According to the summary of his July 25 phone call with the Ukraine president, Trump mentioned two areas of corruption that he was interested to know more about: the origins of the FBI’s Trump-Russia investigation, in which Ukraine may have had some part, the president apparently believed. Trump told President Zelensky that “a lot of it” — the election interference — supposedly started in Ukraine:

After Zelensky brought up “investigations,” Trump responded: “The other thing, there’s a lot of talk about Biden’s son, that Biden stopped the prosecution, and a lot of people want to find out about that, so whatever you can do with the Attorney General would be great. Biden went around bragging that he stopped the prosecution, so if you can look into it … It sounds horrible to me.”

(In a January 2018 appearance at the Council on Foreign Relations, Joe Biden bragged that as vice president, he used a billion-dollar loan guarantee as leverage to get a Ukraine prosecutor fired. Biden denies the firing had anything to do with an investigation of Burisma, the Ukraine gas company on whose board Hunter Biden sat.)

Cruz told Hannity on Wednesday that “Nancy Pelosi’s circus is done…the farce is over.”

The bulk of the testimony in the House would be inadmissible in any federal court or in any state court. An awful lot of it was hearsay. People with no direct evidence, witnesses who never even met president trump, much less heard anything he had to say. And an awful lot of the testimony was essentially, ‘I don’t know but I know a guy who knew a guy who told me this happened.’

This is the first time in the history of the country a president has ever been impeached without an article even alleging criminal conduct. They don’t allege a single federal law that was violated, not a criminal law, not a civil law. This is a partisan sham. Because they’re mad, the House Democrats are mad at the American people for electing President Trump. And that’s why the result of this is going to be rejecting the articles of impeachment.