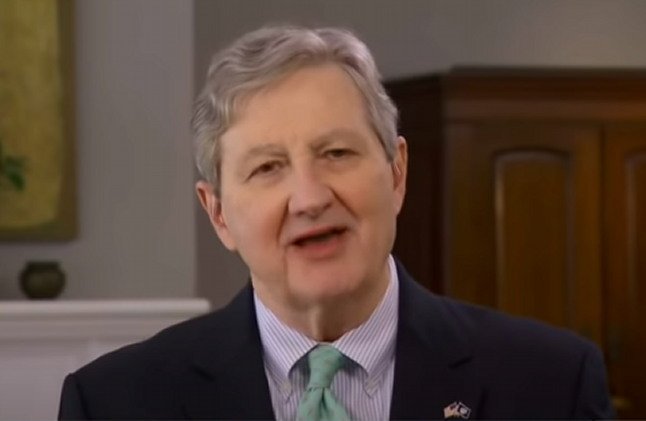 Republican Senator John Kennedy of Louisiana is a gem who has a way with words and a great sense of humor.

During a recent appearance on FOX News, he called out Joe Biden, Kamala Harris and various other Democrats for constantly accusing other Americans of racism.

He said that the American people are tired of it, and is he ever right.

Here’s a transcript of his words, via FOX News:

SEN. JOHN KENNEDY: [Biden] goes down to Georgia two weeks ago and demonstrated raw gut racial demagoguery. … President Biden basically said to tens of millions of Americans – who don’t want to have an election month, who want to have Election Day, who believe that if you vote, you ought to have to prove you are who you say you are – he basically told all the tens of millions of Americans who believe that, that they are Bull Connor, George Wallace.

It offended me. It offended tens of millions of Americans. I was offended when Vice President Harris, when she was running against President Biden in the primaries. I was offended when she all but called President Biden a racist for not supporting getting 10-year-old kids up at 4:30 in the morning and bussing them for two hours. Lots of Americans black and white oppose the bussing she called him a racist for. I thought that was racial demagoguery. This is not helping our country. It is not helping our country at all.

The American people are getting pretty tired of being called a racist or a traitor or Nazi because they don’t agree with the president’s woke neo-socialist agenda. And that is why his poll numbers are on a journey to the center of the Earth, and he needs to stop it.

Kennedy is absolutely right about this.

Democrats have been doing this for years and people are tired of it.

It’s nothing more than a weak excuse.