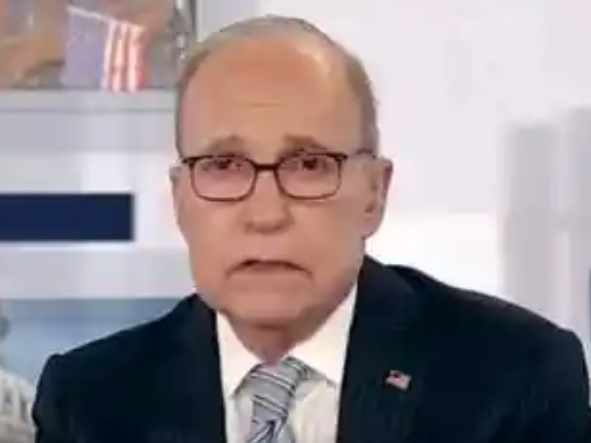 In the clip below, Larry Kudlow explains the problems ahead for the country if the bad economic policies are not reversed. We are facing a severe recession next year. He calls the current policies “dumber than dumb.”

The US leading economic indicators index shows every indicator plunging. There are ten in all, and the rate of change is plunging. It looks at things like building permits, interest rates, manufacturers’ new orders, and so on.

M2, developed by Milton Friedman, is controversial but still needs to be considered. It looks at future growth.

Real wages have sunk for 18 months. Joe Biden’s wild spending and the Fed’s massive printing of money led to this problem. Anyone could see this was not going to work, and it’s a mystery as to why this administration did it anyway.

The economy is in great jeopardy as the Fed tries to make corrections for its prior mistakes. We face the threat of a difficult downturn next year. The war on fossil fuels and Big Government socialism with central planning are the causes of this disaster.

The US faces the probability of a severe recession ahead. There are many alarming signs, including the Treasury bill.

Inflation will come down slowly, but the recession will be difficult.

DUMB, IF SUCH DUMBNESS IS POSSIBLE

We need to open the spigots for gas and oil. John Kerry‘s COP27 socialist redistribution, reparations, and Green New Deal scheme to convince countries not to use oil and gas “is dumber than dumb.” [Hanoi John is a dumb communist]

“New EPA regulations on clean-burning natural gas, even dumber than dumb, if such dumbness is even possible,” Kudlow continued.

Kudlow says we need to reimpose the work requirements of able-bodied welfare recipients. It worked in the past.

He also recommends making Donald Trump’s supply-side tax cuts permanent and reining in Biden’s regulatory assault on all businesses. It has “literally strangled the economy.

“Let us replace socialist Utopian schemes that always cause recession and impoverishment wherever they are implemented.”

Recession with a Good Jobs Report and Bad PoliciesJuly 8, 2022In “Home of News, Politics & Opinion”