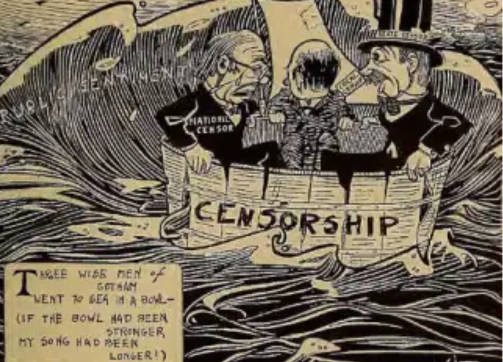 America First Legal (AFL) released the fourth set of shocking documents obtained from litigation against the Centers for Disease Control and Prevention (CDC), revealing further concrete evidence of collusion between the CDC and social media companies to censor free speech and silence the public square under the government’s label of “misinformation.” The government used an open-door portal.

This nearly 600-page release of documents contains new appalling information. Among these include the fact that Twitter ran a “Partner Support Portal” for government employees and other “stakeholders” to submit posts that it would remove or flag as “misinformation” on its platform.

The US government was covertly censoring its own citizens to push an extreme left-wing agenda.

Dr. Shiva was the first to find a portal. This is complementary proof.

Documents obtained by AFL show Twitter enrolling one government employee, through their personal Twitter account, into this Portal. We know from other publicly related documents that Facebook has copied this approach for election-related censorship.

What is clear is that the United States government, Big Tech platforms, and international organizations were fully entangled in an intricate campaign to violate the First Amendment, to silence the American people, and censor dissenting views.

According to AFL, “This production also reveals that the U.S. government was actively working to “socially inoculate”–or brainwashing–the public against anything that threatened its narrative.

It did so by using aligned Big Tech corporations to monitor and manipulate users for the purposes of censoring unapproved information and pushing government propaganda.

THE SEQUENCE OF EVENTS

In August 2021, the head of Google’s News Lab for the Asia Pacific region (APAC) emailed a CDC Vaccine Confidence Strategist to invite her to the APAC’s “Trusted Media Summit.”

CDC’s Vaccine Confidence Strategist then emailed the event planner for Google’s APAC Trusted Media Summit. They noted her excitement over being invited to what she referred to as “the coolest misinformation fighting speakeasy.”

The same CDC employee was then invited to the summit to give a keynote. She addressed how the CDC was working with WHO and other international organizations to deal with the so-called “infodemic” by using “social inoculation” to mitigate it.

On May 10, 2021, a Twitter employee recommended to a CDC official to enroll in Twitter’s Partner Support Portal. He described the portal as “the best way to get a spreadsheet like this reviewed.”

On May 11, 2021, the CDC official enrolled her personal Twitter account into Twitter’s Partner Support Portal. It allowed “a special, expedited reporting flow in the Twitter Help Center.”

Facebook brags in a slide deck, “We remove claims about the existence or severity of COVID-19 … includ[ing] Claims that COVID-19 is no more dangerous … than the common flu or cold.”

In its “Widely Debunked Vaccine Hoaxes” section, Facebook even claims that “natural immunity is safer than vaccine acquired immunity” despite 1) widespread knowledge at the time that the vaccines did not prevent transmission and 2) what we now know: more vaccinated people are dying now than unvaccinated. (pg. 51).

Included in this release of documents is a Facebook slide deck. It appears to show Facebook acting as an editor and content moderator. FB boasted of its extensive censorship work to the CDC.

“Finally, the documents reveal the CDC was “collaborating with UNICEF, WHO and IFCN member leading civil society organization Mafindo” to mitigate “disinformation.” Mafindo is a Facebook third-party fact-checking partner. It’s based in Indonesia funded by Google.”

Follow along for disturbing findings from the 500+ page release ⤵️

READ THE LETTERS HERE AND THE FULL SUMMARY HERE

Some say a law or order signed by Obama allowed the government to lie. This stuff has been going on long before that, but is now dominant.

The social media bosses, and the agency heads (Redfield, Collins,…) are under great suspicion.

The US government is not a respectable operation. They are probably scanning this site and others to find critics.

The biggest problem with America today is we don’t have the Stomach to Hang Traitors anymore. In America, it’s now OK to be a Traitor and long as you say things that don’t offend people. The trouble is that some things just have to be said in Public without a bunch of Bull Shit dressing it up.