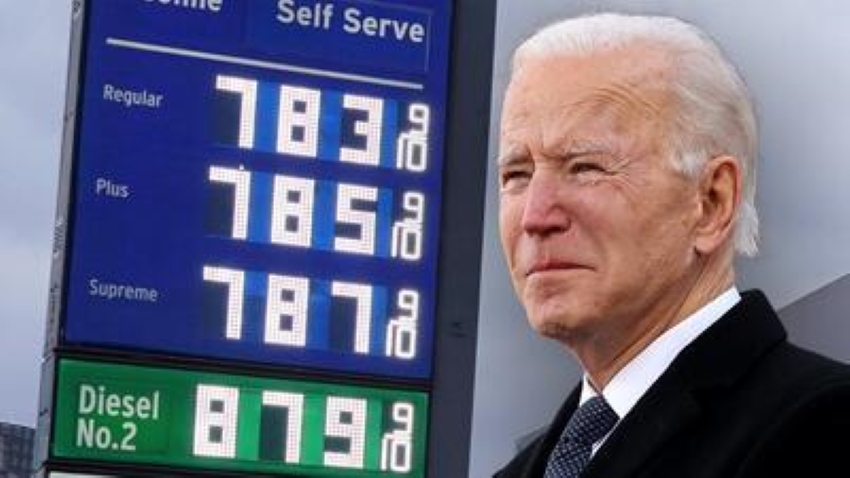 With Independence Day less than two weeks away, US consumers have been financially battered by the highest consumer prices in four decades. The Biden administration needs to improve optics in the eyes of households as their policies fail to tame rampant inflation. That’s why President Biden will call on Congress on Wednesday afternoon to suspend federal gas and diesel taxes for the next three months.

“A federal gas tax suspension alone won’t fix the problem we face, but it will provide families a little breathing room as we continue working to bring down prices for the long haul,” The Hill quoted a senior administration official who spoke with reporters Tuesday.

Breaking down proposed tax savings, 18-cent savings per gallon of regular gas for 12 gallons (average fuel tank size for a US car) will save the consumer a whopping $2.16 every time they fill up.

The scheme reminded us of last year when inflation was beginning to rise ahead of July 4, and the Biden administration bragged the average price of a cookout was a whole 16-cent cheaper than the prior year.

Biden’s proposal also calls on states to suspend their gas taxes or provide rebates to consumers.

“[Biden] believes that states, oil companies and retailers have a responsibility in this unique moment – to do their part to ameliorate Putin’s price hike,” the official said. “He’s calling on states to suspend their gas taxes or else find other ways to deliver the same relief, such as consumer rebates or relief payments.”

The move comes less than five months before the midterm elections as the president’s polling numbers are at record lows, only 11% of Americans believe President Putin is to blame for record-high gas prices, according to a Rasmussen poll published on Tuesday, the economy is teetering on recession, and stagflation threats continue to emerge.

The official further said Biden would request refiners to increase capacity (remember the Biden administration disincentivized big oil from investing and expanding operations — all in the name of decarbonization — now the admin wants more oil).

“He is also calling on the industry to put its record profits to work and step up with more supply and more refining capacity to bring down gas prices and specifically calling for major oil refineries to come to the table with concrete solutions when the secretary of energy convenes them later this week,” the official said.

“And when the cost of oil does come down as it has over the last couple of weeks, the president is calling on retailers to properly lower their prices and pass the savings on to consumers,” the official continued.

The official also addressed concerns about the tax holiday draining the Highway Trust Fund, indicating Congress would be able to replenish the fund.

Remember when the Biden administration said tapping the SPR would lower gas prices?

The federal government doesn’t understand that a gas tax holiday will only increase demand for gas and diesel during the busy summer travel months as there’s minimal maneuvering by refiners to increase capacity. The only way to rebalance refined product markets is for higher prices to trigger demand destruction — a tax holiday will only delay that until after the fall elections.

Finally, we note that when this was floated as an idea in March, House Speaker Nancy Pelosi dismissed it as “very showbiz” and argued it would not significantly impact consumers.

President Biden set to announce a suspension of the Federal gas tax for the summer.

Additionally, in 2008, President Obama called a federal gas tax cut a “gimmick”, so we look forward to hearing the hypocrisy spin now that Biden has proposed it