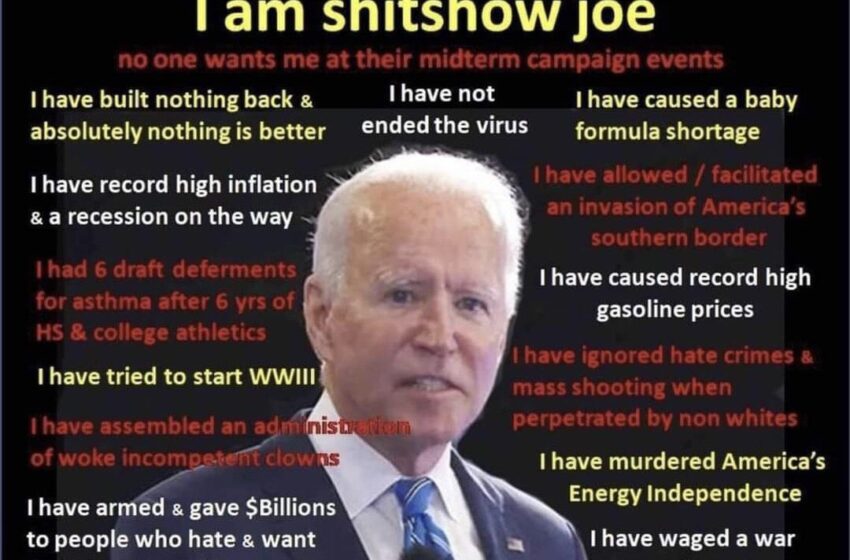 “We urge you to take all steps necessary to stop the soon to be finalized omnibus spending bill negotiated with Democrats. At the very least, due respect for Americans who elected us would call for not passing a “lame duck” spending bill just days before Members fly home for Christmas and two weeks before a new Republican majority is sworn in for the 118th Congress. Senate Republicans have the 41 votes necessary to stop this and should do so now and show the Americans who elected you that they weren’t wrong in doing so.,”

That is what each & every one of us must do, contact your Congress & tell them there is no compromise, vote no & let’s shut this illegal government down. If we don’t the first bad thing to happen will be the House Republicans will be prevented from stopping the spending in Congress & it gets worse from there. By the way, if we shut the govt down all essential services continue to be funded, it’s the ‘special projects’ that shut down basically we force the govt to be efficient.