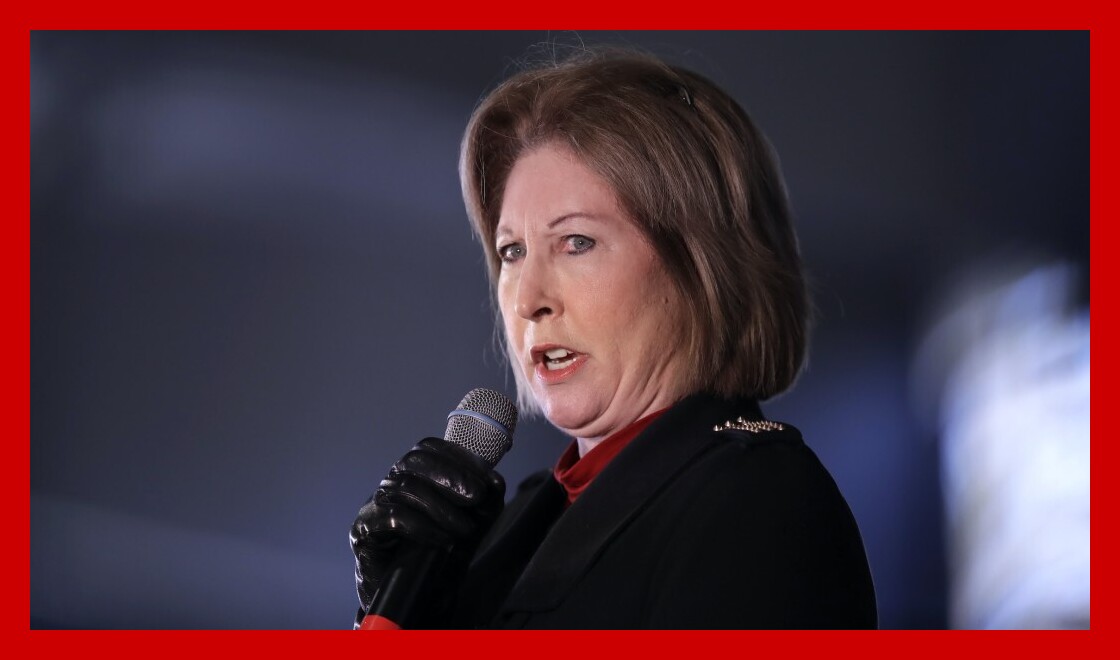 Sidney Powell said she is being barred access to President Trump by top White House officials.

The attorney, who has filed several unsuccessful “Kraken” lawsuits challenging the election results in battleground states, said she has been barred from seeing the president following an Oval Office meeting on Friday during which Trump floated appointing Powell as special counsel to investigate allegations of voting fraud.

Powell was spotted visiting the White House over the weekend and on Monday but said she has not been able to get face time with Trump since that tense meeting. Powell shared a statement with the Washington Examiner on Tuesday in which she said Trump is not getting the support he needs in challenging the election, saying she was trying to “educate” Giuliani of her claims of foreign election interference after he said on Newsmax on Monday that she doesn’t represent the president, and denied that she has spoken to Director of National Intelligence John Ratcliffe, who recently delayed the release of an assessment on foreign interference over a debate on China’s role in the matter.

“I haven’t met or spoken with the President since Friday night. The President knows this election was stolen but he is not getting the support he, the Constitution, and the Republic deserve. His own people are misleading and undermining him while protecting their own careers and agendas,” Powell said.

“I haven’t spoken with the DNI on these issues at all,” she added. “My efforts to educate Rudy on demonstrable foreign interference in the election including multiple CISA and FBI findings have been met with irrational hostility. I have been blocked by White House counsel and others from seeing or speaking to the President since I raised the public formal findings and even more evidence of the foreign interference from IRAN and CHINA in this election.”

The Washington Examiner reached out to the White House for comment on this claim.

“What are they all trying to hide? American elections are supposed to be easily auditable and transparent,” Powell continued. “That’s why Federal law punishes the failure to keep all records for 22 months with up to one year in prison. This is important not only to the United States but to the world. There is no way of hiding this fraud and ‘moving on’ as if any election could ever be trusted again. Our entire government seems to have become a big lie and coverup. The American people are 100% fed up with it.”

Giuliani, the former New York City mayor who has represented the Trump campaign in several lawsuits and is now focused on voting machine irregularities, which is distinct from claims Powell has made about countries such as Venezuela being involved in a plot to rig the election in favor of President-elect Joe Biden that has prompted legal threats from electronic voting machine companies. He distanced the Trump legal team and the president from Powell again on Monday weeks after disavowing her.

“Let me say definitively: Sidney Powell is not part of our legal team. She hasn’t been for five weeks. She is not a special counsel for the president. She does not speak for the president, nor does she speak for the administration. She speaks for herself. And she’s a fine woman, a fine lawyer, but whatever she is talking about, it’s her own opinions. I’m not responsible for them, the president isn’t, nor is anybody else on our legal team,” Giuliani told Newsmax’s Sean Spicer in an interview.

Reporter Jonathan Swan said that the “consensus” among Trump aides is that the president is listening “to Sidney Powell more than just about anyone who is on his payroll, certainly more than his own White House counsel.”

Trump, who refuses to concede the election to Biden, met with conservative lawmakers at the White House on Monday to plan a challenge to the Electoral College when the vote is tallied on Jan. 6 in front of both chambers of Congress. Claiming there is “mounting evidence” of voter fraud, allegations which have not held up in court, Meadows tweeted, “Stay tuned.”