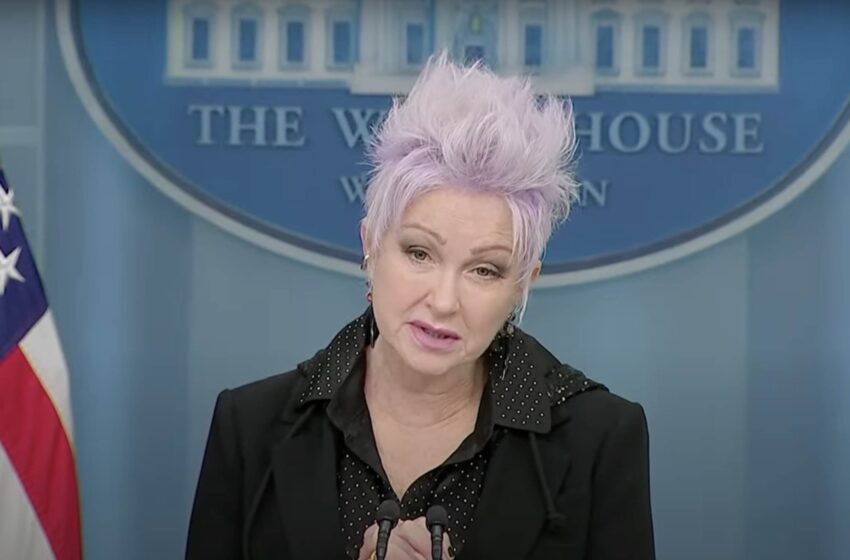 On Tuesday, Joe Biden signed the Respect for Marriage Act into law which provides statutory authority for same-sex and interracial marriages.

“Today, I sign the Respect for Marriage Act into law,” Mr. Biden said Tuesday. “Deciding whether to marry, who to marry, is one of the most profound decisions a person can make. And as I’ve said before and some of you might remember, on a certain TV show 10 years ago, I got in trouble. Marriage, I mean this with all of my heart, marriage is a simple proposition: Who do you love and will you be loyal to that person you love? It’s not more complicated than that… Today’s a good day.”

Biden falsely claimed gay people are being thrown out of restaurants.

“When a person can be married in the morning, and thrown out of a restaurant for being gay in the afternoon, this is still wrong,” Biden said.

A drag queen who likes to perform for children also attended the signing ceremony.

British singer Sam Smith and American singer and actress Cyndi Lauper were invited to perform at the signing ceremony at the White House Lawn.

Cyndi Lauper attended at the press briefing at the White House to celebrate the signing of the Respect for Marriage Act.

“I just want to tell you I came here because I wanted to say thank you to President Biden, speaker Pelosi, vice President Harris and all the advocates and his team,” said Lauper, a longtime gay icon who is married to a man.

“We can rest easy tonight because our families are validated and because now we’re now allowed to love who we love which sounds odd to say but Americans can love who we love.”

“And bless Joe Biden and all the people that worked on this for allowing people not to worry and their children not to worry about their future,” she concluded.