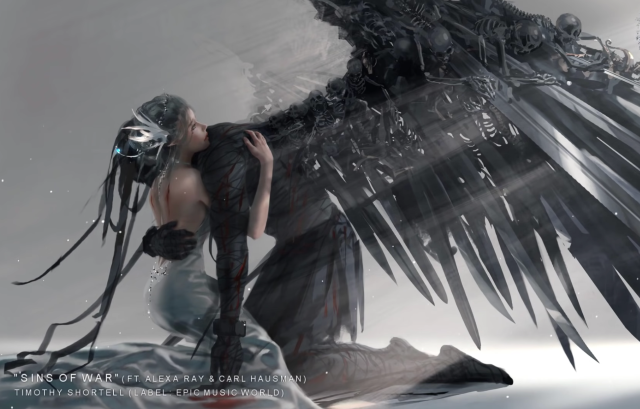 Do the sins of our opposition wash our own sins clean?

At the moment, there is a very active discussion regarding the increasingly viral video “Died Suddenly”. Other commentators (for example “The Daily Skeptic” and Josh Guetzkow) have appropriately noted that the (generally well funded and produced) video includes segments which are misleading at best, falsely imply one or more cause-effect relationship between a sudden death event and vaccine administration, or otherwise employ cinematic license to stoke outrage. I have previously written regarding the business model of Stoking Rage for the up and coming podcaster, and in my opinion this strategy is fundamentally the same as the “fearporn” business model of corporate media – and in particular CNN.

For what its worth, I hold “our side” to higher standards than I have come to expect from corporate (broadcast and published) media. I reject the assertion that, on the battlefield of the current 21st century unrestricted media and information war which we are immersed in, it is acceptable to employ the tactics of our opponents. I have heard others in the medical resistance community advocate the schoolyard “logic” of “they are doing it to us, and so we have to do it to them”. I firmly reject this. Any “win” on the information war battlefield which is based on this type of rationale will be transitory and self defeating. It is not a win if we become one with the ethics of our opponents.

This is not just an information war, it is a battle over what is right and good versus what is fundamentally evil. Our opponents clearly believe that the ends justify the means, and that ethics – right and wrong- are completely situational and subject to the same logic widely accepted by the “Virtuals” caste; that there is no objective truth or reality, and reality and ethics are whatever one believes it to be. The ultimate derivative of the logic of “cultural relativity”. The logic from which springs the transsexual movement denialism of the genetic/biologic basis of gender.

As I have said so many times, in so many lectures, our opponents in this information war, this war on truth and integrity, have no ethical guardrails. Ethics are entirely situational in their world.

Repetition has merit in this case; our opponents appear to believe that the ends justify the means, and their cause is sufficiently compelling (in their minds) to justify any actions of censorship, defamation, mis- dis- or mal- information deployed to support their cause. In their minds, they are fighting for a higher cause (Globalism? Utilitarianism? Socialism/Marxism? Totalitarianism? Fascism?) which justifies jettisoning ethics and fundamentals of respect for integrity and the dignity of others.

Furthermore, this has become about tribalism and demonstration of tribal allegiance, and is not about me, or you, or medical freedom, or anything rational. This IS about mass formation, or mass psychosis, of the formation of crowds, or whatever term you wish to apply to the phenomenon so thoroughly described and documented by Freud, Le Bon, Arendt, and (yes) Desmet and their contemporaries.

I have consciously and intentionally chosen to cross-post the Daily Skeptic and Josh Guetzkow commentaries concerning “Died Suddenly” because I believe that they have made important points which should be discussed, but in so doing I have become a target for a small troll army which has swarmed those threads with accusations that I have a personal vendetta with Stew Peters, and which have attacked me as if I were the author of the cited essays.

Let me assure you now that I have no time or interest in further engagements with Stew Peters. He is irrelevant, as far as I am concerned. A modern carnival barker.

There is nothing in this “Died Suddenly” which represents new news, as far as I can tell. This seems to mostly be a sensationalized but well-produced video covering information which has been known for quite some time. Steve Kirsch did not endorse use of his likeness in this production, did not endorse, did not sponsor it, and neither he nor his organization in any way supports it.

For me, this is sort of “round two” on this general topic of “died suddenly” video clips. Long, long ago, in what seems like a galaxy far, far away, I was still on Twitter and GETTR was still coalescing. Which is to say between one and one and one half years ago. And I cross-posted another video regarding the “died suddenly” meme. In that case, the cross post involved a compilation of short video clips of athletes who had “died suddenly”. One of the clips in that montage was of a young male who most definitely died suddenly on the field while competing, but the tragic event took place prior to the vaccine deployment. In other words, it fit the broader “died suddenly” (presumably from acceptance of mRNA vaccine), but this was clearly a false association.

Because I once was one of the more prominent members of the Twitter and Linked In communities who were speaking out concerning the lack of ethics and safety in the EUA mRNA vaccine deployment and mandate policies, I was seen as an important influencer on those platforms. As a consequence of cross-posting a video montage which included a false association involving the tragic death of a young man, I received a rather aggressive and accusatory cease and desist letter from lawyers representing his family and estate. Basically, I was accused of exploiting his death (and the associated video of same) for political purposes, even though I did not produce the video in question (rather, I merely cross-posted it). Strong language was used in asserting that I was intentionally disrespecting the young man and his family.

Frankly, my reaction to the letter was a mix of horror and pity. Pity for the parents and family, who were probably being inadvertently forced to re-live a personal tragedy. Horror that I had in some way compounded or contributed to their pain.

What did I do? I immediately deleted the cross-post, and apologized to the family via their legal representative who had contacted me. I had acted in ignorance. I assumed that the video (which I believed came from a credible source) was accurate. But I had acted wrongly. Immediate deletion and apology, acknowledging the harm inadvertently done, was the closest I could get towards being consistent with my own personal commitment to fundamental integrity, respect for human dignity, and valuing my community (and community ethical standards).

This is directly analogous to one of the apparent breaches of accuracy in the current “Died Suddenly” video, wherein (apparently) an example of sudden death is being used which is demonstrably unrelated to SARS-CoV-2 (COVID) vaccination. It may or may not even be the same event.

My opinion is that these breaches of technical accuracy are not acceptable.

For either side of the debate. It is often said, when debating an opponent (or an internet troll) that “you are entitled to your own opinion, but not to your own facts”. Furthermore, these types of “artistic license” distortions of truth cause both damage to the credibility of the arguments being made (which may other wise be valid), and can also cause psychologic pain.

Furthermore, these types of errors become weapons which will be deployed against us by our opponents in this unrestricted information war battlefield.

Allow me to provide a counter example from recent history. The Jeff Hays video production of “The Real Anthony Fauci,” a full-length feature documentary based on Robert F. Kennedy, Jr.’s runaway bestseller, was meticulously (internally) fact checked before being released. Anything stated during the many interviews which were used to generate the final product which could not be documented was left on the cutting room floor. It did not rely on either hyperbole or misrepresentation. And (unfortunately) it did not go viral. But it will withstand the test of time.

As stated previously, I could care less about a former bounty hunter who started a podcast to take down Alex Jones, and has seemingly sought to replace him by becoming a sort of well-financed (?huh, where did that come from?) second-tier shadow projection/mimic of a shock jock. Alex Jones, whatever his personal flaws, is the real deal. Just read his book, which analyzes the Klaus Schwab/King George III “Great Reset” agenda. Solid. Factual. Insightful.

The question which I do think we all need to grapple with is what is Stew Peters, and who does he represent? Based on what I have observed, he mostly represents himself. Are his ethics your ethics? Are they our ethics?

The collective answers to these questions by the medical freedom community will further define who we are. What are the ethical standards to which we will hold ourselves?

As far as I am concerned, that is the question that really matters.

The rest is merely a tale, full of sound and fury, signifying nothing, but full of passionate intensity.

Is this (below) who we are, and does it represent an example of the type of “ends justify the means” ethics that we wish to promote? If not, then I suggest that we all think long and hard about what “our” community standards are going to be, now and in the future.

The truth is like a lion. You do not have to defend it. Let it loose and it will defend itself.

Furthermore, the truth will eventually come out. Maybe not today, maybe not tomorrow, and maybe in some cases (JFK and RFK senior assassination?) it can be hidden for a long time. But it will come out.

To that end, the “truth” of the corporate media subterfuge concerning the “Hunter Biden Laptop” story may soon be revealed by Mr. Elon Musk. If so, then this is a shot across the bow of corporate media and the Administrative State. I suspect that Elon has the receipts on much of what has gone on. And he is in a position to enforce “new rules”. Maybe, maybe, there is hope for the cause of integrity. When the dust settles, which side do you want to be on?

Who is Robert Malone is a reader-supported publication. To receive new posts and support my work, consider becoming a free or paid subscriber.