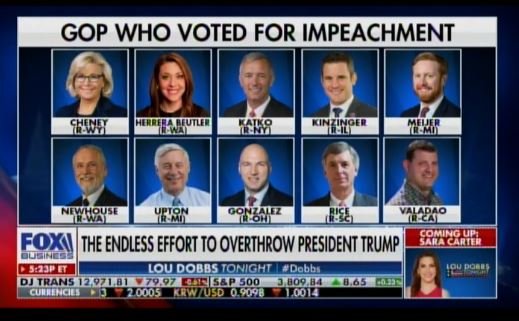 “We made our disappointment clear the night of the impeachment vote. Trying to impeach a president, with a week left in his term, is never legitimate and is nothing more than a political kick on the way out the door,” South Carolina GOP Chairman Drew McKissick said in a statement Saturday afternoon.

“Congressman Rice’s vote unfortunately played right into the Democrats’ game, and the people in his district, and ultimately our State Executive Committee, wanted him to know they wholeheartedly disagree with his decision.”

Rep. Rice was one of the 10 Republican lawmakers who joined the Democrats and voted in favor of impeaching Donald Trump on January 13.

The House of Representatives impeached President Trump with a 232-197 vote for ‘inciting an insurrection’ during his January 6 DC speech even though he specifically called for peace.

Donald Trump is the first president in US history to be impeached twice.