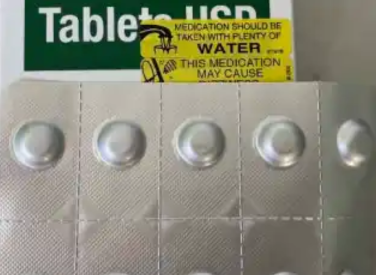 Ivermectin showed a 72% reduction in COVID-19 infection in a study of 399 participants. All participants were unvaccinated, exposed to the virus (contact with a person with a PCR-confirmed SARS-CoV-2 infection), and took ivermectin tablets for 28 days.

Even better, the study had NO unexpected safety signals. Dr. Panda says to compare mRNA that increases your risk of COVID-19 infection and comes with an exhaustive laundry list of adverse events.

Press Release on the Study:

The SAIVE Trial (NCT 05305560) is a Phase 2, multicenter, randomized, double-blind, placebo-controlled, parallel-group clinical study, evaluating the safety and efficacy of ivermectin tablets taken orally for 28 days, under the oversight of a U.S. based independent Data Monitoring Committee. The study was conducted in Bulgaria between March and November 2022.

All participants were unvaccinated adults and had been exposed to the virus within 5 days of screening after documented close contact with a person who had a PCR-confirmed SARS-CoV-2 infection.

Participants randomized to ivermectin group showed a highly statistically significant reduction (72%) of laboratory-confirmed infections between baseline and Day 28 (30/200) versus placebo (105/199), the study’s primary endpoint, with p<0,0001.

No safety signals related to daily intake of ivermectin, 200 microgram/kg on Day 1 then 100 microgram/kg daily from Day 2 to Day 28 were identified during the study.

Meanwhile, they can’t figure out why heavy vaccination and masking are not stopping Japan’s increased death tolls. They need to consider that it’s because it’s not working.

Japan is reporting its worst daily COVID death tolls. Each COVID wave is getting worse and worse. Their population is heavily mRNA vaccinated and masked.

The ‘vaccines’ no longer protect against infection.

‘Vaccines’ do not stop transmission.

And the ‘vaccines’ no longer protect against severe disease or death. That was the last promise from the vaccine promoters – you won’t get as sick, and you won’t die.

Maybe they never did any of those things?

WHY DID THEY KILL THERAPEUTICS?

Robert F. Kennedy Jr. explained to Megyn Kelly why he believes Dr. Fauci and others had to snuff out therapeutics. A little-known federal law states that you can’t give an emergency use authorization (EUA) if there are effective therapeutics. A two-billion-dollar enterprise would have collapsed if Tony Fauci had admitted ivermectin, hydroxychloroquine, or other drugs worked. As a result, he had to campaign against ivermectin and hydroxychloroquine aggressively.

Ivermectin: 100% Rate Reductions in Hospitalization & 92% in Mortality from COVID-19September 2, 2022In “Home of News, Politics & Opinion”

As vaccines fail to eradicate COV, there are medicines, one in particularAugust 20, 2021In “Home of News, Politics & Opinion”