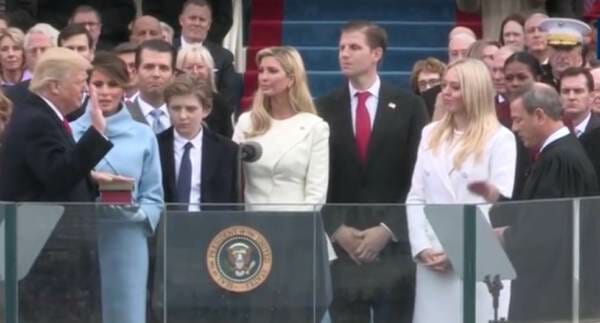 As the details surrounding the Spygate scandal continue to be revealed it is clear that former President Obama was involved in the biggest political scandal in the history of America.

If former CIA Director John Brennan is outed as the quarterback of the dossier scandal, then by association, so is his boss, former President Obama.

In February 2019 The Gateway Pundit reported that Nellie Ohr, a communist sympathizer and wife of former Associate Deputy Attorney General Bruce Ohr, was investigating the Trump children during the election while she was feeding Democrat propaganda to the FBI and deep state.

A source familiar with the closed-door testimony confirmed to FOX News that Nellie Ohr told House investigators that she was tasked with doing opposition research during the 2016 campaign on Melania Trump as well as the president’s children.

But Nellie Ohr was not the only one targeting the Trump children.

Trey Gowdy revealed on Thursday the Obama administration was spying on the Trump children.

Conservative Treehouse today reported on the unmasking of Trump family members on Inauguration Day back in 2017.

The Obama Deep State operatives were still working to find evidence of wrongdoing by the Trump Campaign, the Trump Transition Team and the Trump family even on Inauguration Day.

They never found ANYTHING!

Trey Gowdy: It’s not just Michael Flynn. There was an unmasking request made the morning of the Inauguration, the morning of the Inauguration! President Trump’s family members’ names were unmasked. So that needs to be reformed. But you also have a real nice witness list to start investigating the leak of classified information. And I’d be curious how many people on this unmasking list have been interviewed by the FBI.