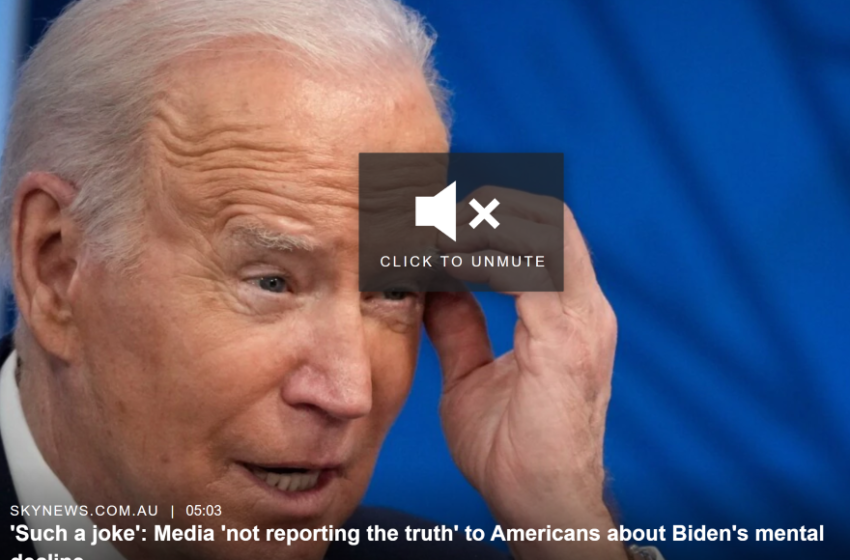 The mainstream media is “such a joke” and are not reporting the “truth” to Americans about US President Joe Biden’s mental decline, says The Hill columnist Kristin Tate.

Ms Tate’s remarks come after former president Trump played a compilation video taking aim at Mr Biden and some of his recent gaffes at a rally in Mesa, Arizona.

“I don’t know if I should laugh or cry, I mean, it is so embarrassing that this man is President of the United States and God bless Trump for showing these videos,” she told Sky News host Chris Kenny.

“I will say I think that his latest gaffe asking for Jackie, this congresswoman who had passed away, did make the rounds across even the mainstream media, they couldn’t ignore it, it was such a bad gaffe.”