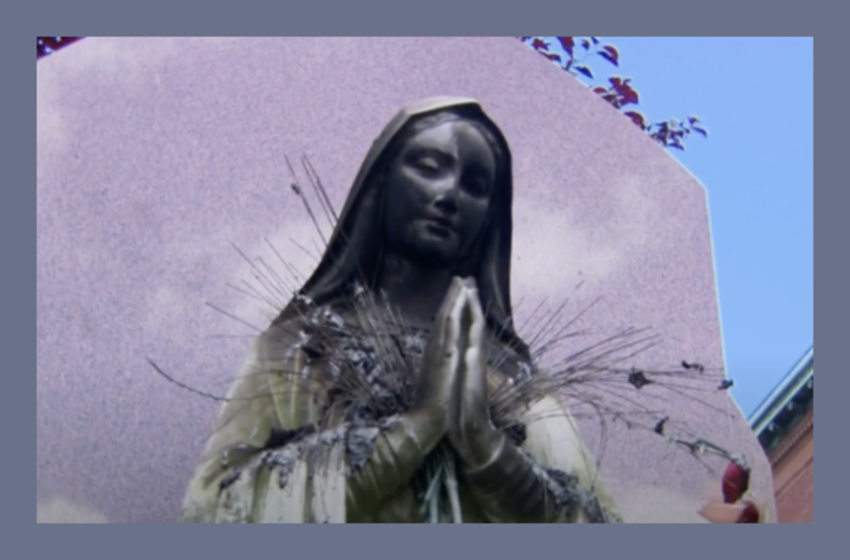 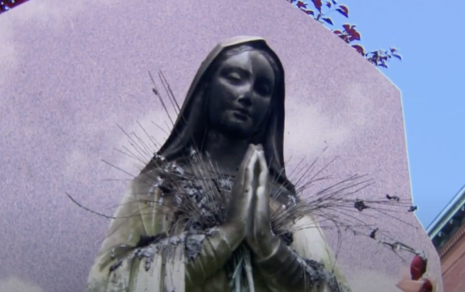 As the media is occupied with the Chinese virus epidemic, there is another terrifying and tragic epidemic that they’re completely ignoring, one that threatens the peace and stability of millions of Americans all the same.
Over the weekend of July 12, at least 5 Christian churches were vandalized by vandals and suspected arsonists. But most people haven’t heard about this rash of violence. None of the major news networks have mentioned it.
Out of 270 minutes of NBC, ABC, and CBS nightly news coverage for Friday July 10, Saturday July 11, and Sunday July 12, not one second was spent on these violent anti-Christian attacks.
Catholic News Agency reported on July 12 that four Christian churches were attacked between Friday July 10 and Sunday July 12 throughout the nation. At two Catholic parishes, statues of the Virgin Mary were defaced. One vandal wrote the word “Idol” in graffiti on Our Lady’s statue at Cathedral Prep School in Queens, NY on July 10. The community’s rector and president, Fr. Kuroly called the vandalism an “Act of hatred.” Another vandal set fire to a statue of Jesus’s mother in St. Peter’s parish in Boston, MA on Saturday, July 11.

The Catholic outlet reported that a 24 year-old suspect rammed his minivan into the entrance of  Queen of Peace Catholic Church in Florida on Saturday, and then got out of the vehicle to set the building on fire as parishioners prepared for morning mass. Luckily no one was injured in the blaze.

There were two more suspected attacks over the weekend. In California, “a fire ravaged the San Gabriel mission in the Archdiocese of Los Angeles, a 249-year-old mission founded by St. Junípero Serra.” Police have been investigating whether the attack was arson, especially considering statues of famous Catholic missionary Junipero Serra have been toppled in Los Angeles, Sacramento, and San Francisco over the past month in Black Lives Matter riots.
Local news reported that BibleWay Church of God in Fort Worth, Texas was broken into and robbed on the morning of June 11.The suspect – who has since been arrested by Fort Worth PD – ”destroyed all the mirrors in the church,” on top of robbing the assistant pastor’s amplifier.

Five attacks in one weekend may signify a growing trend of anti-Christian hatred in the country. Catholic President Bill Donohue characterized it as a “summer of hate,” during which “reckless thugs and left-wing activists” have destroyed symbols of American and western history, while “elites” are supporting “these assaults or are too spineless to do anything about them.”

Could it be that the media blackout on this string of attacks is part of that elite support? For the three major networks, ABC, NBC, and CBS, and their respective three nightly news segments from Friday to Sunday evening, not one second was devoted to this rise in horrific anti-Christian attacks. That’s nearly 270 minutes of news programming that skipped over assaults against Americans of faith.