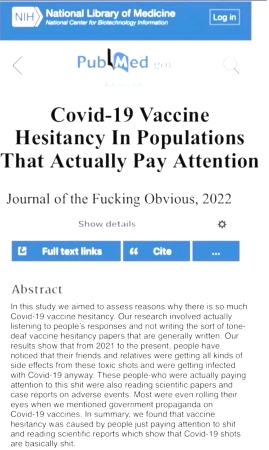 are dying at lower rates

So here we are as Davos 2023 winds down and it’s pretty obvious, watching the proceedings, that their entire edifice built on a crude admixture of psychopathy and hubris is tumbling down.

And it’s not only because more of us can see them for what they are, cheap communists in expensive suits, but because there are stark divisions forming within their own ranks.

The problem, however, for most of the committed Davosians is that they still live in the wine-and-cheese-filled amniotic sack of this Swiss Alps version of Oz. They don’t see the gathering storm barreling down the yellow brick road as anything more threatening than a single mosquito is to a cow.

As anyone who has lived in central Florida or studied its cattle industry knows, a few million mosquitos can exsanguinate a cow in a matter of days.

So, watching the proceedings at this year’s Davos was fascinating because, for the first time, the sheen was gone. Too many people were seeing the walls of the echo chamber for what they were; old, shabby, and drafty rather than having the veneer of wisdom that comes with age.

Davos had come out from behind the curtain willingly to declare themselves the saviors of humanity through their Fuhrer’s nutty ideas about transhumanism, 15-minute cities, eating bugs, and renting your life from a central authority.

How To Make A Rude Person Instantly Regret Insulting You

OK- this video is a reminder to all of us, that we do not have to accept people being rude, putting words in our mouth or trying to lay a trap – to “get” us.

I often speak with journalists and sometimes I am confronted by people attacking me (which certainly can be painful) and I have sat through interviews where I should have just walked away. So, today – I am posting not a funny video but one that I enjoyed for the content and the reminder.

(Hint- once you have called it out, walk away)

Thank you for reading Who is Robert Malone. This post is public so feel free to share it.

Who is Robert Malone is a reader-supported