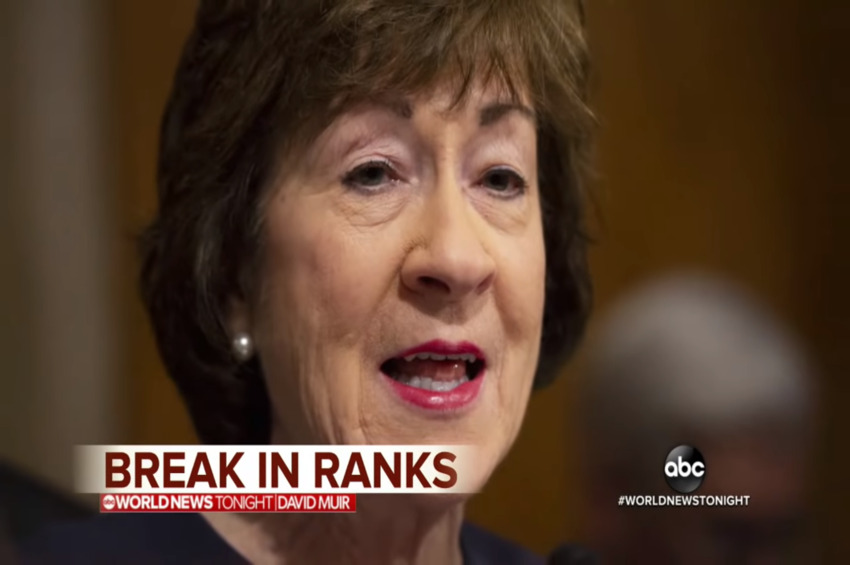 A key Republican senator is working behind the scenes to build support for calling witnesses in President Trump’s upcoming impeachment trial.

Sen. Susan Collins, a centrist Republican up for reelection later this year, told the Washington Examiner she is working with “some of my Republican colleagues,” as well as party leaders, “to reach an agreement on how to proceed with the trial that will allow the opportunity for witnesses for both the House managers and the president’s counsel if they choose to do so.”

The Bangor Daily News was the first to report the story.

Collins didn’t say how many GOP lawmakers are included in those talks. Sen. Mitt Romney, a Utah Republican, has expressed interest in hearing from witnesses.

McConnell, however, rejected demands from Democrats to approve a pretrial witness list and said he’s got the backing of 51 GOP lawmakers to approve rules postponing consideration of witnesses until midtrial.

Collins has told reporters she agrees with waiting until later in the trial to consider witnesses.

Minority Leader Chuck Schumer, a New York Democrat, said he’ll call up votes to summon witnesses at the start of the trial and again later on.

Republicans have their own witness wish list. It includes Biden’s son, Hunter Biden, who took a lucrative job on a Ukraine gas company board while his father was vice president.

The trial could start as soon as next week. Speaker Nancy Pelosi, a California Democrat, announced Friday she’s preparing to send over two articles of impeachment charging Trump with abuse of power and obstruction of Congress.