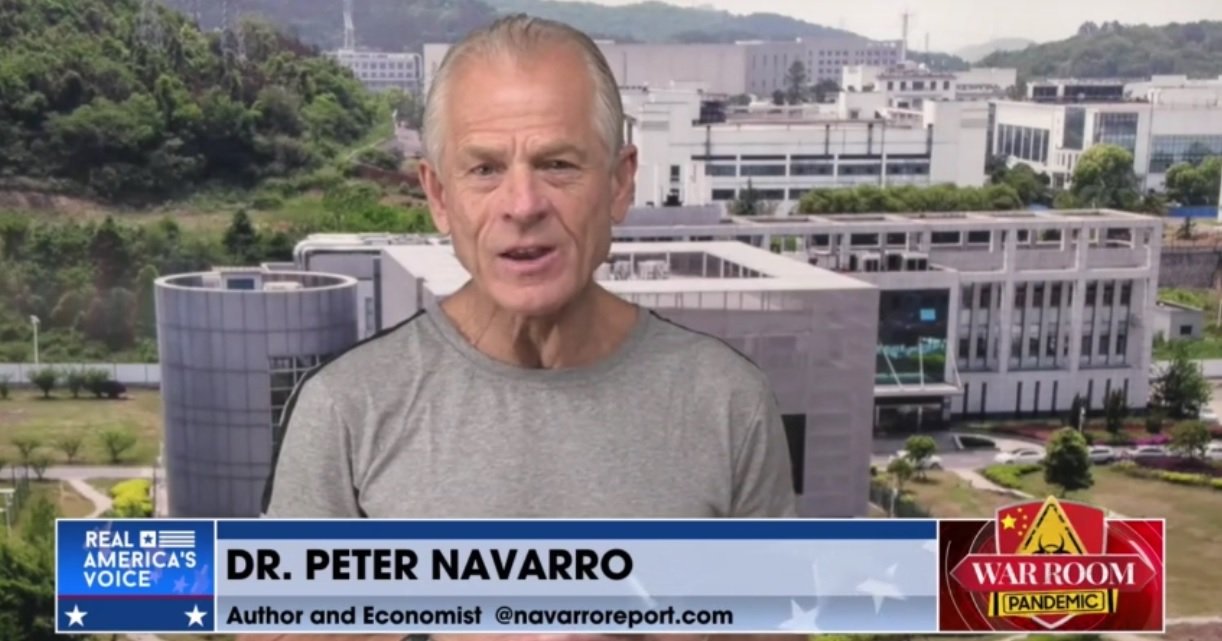 Peter Navarro was on with Steve Bannon this afternoon right after Joe Biden gave his shocking press conference to the nation.  Their comments were spot on.

Right after Joe Biden gave his abysmal performance today in front of his lapdog media, Peter Navarro joined Steve Bannon at the War Room.  Their discussion was spot on and starts below at the 1:45 mark.

How can they possibly put this guy up there like that and expect us to buy off on the fact that 81 million people voted for him?  That he got what, how many more, tens of millions of votes more than Obama?  I mean this is so in your grill.  I mean a guy who I don’t think knows where he is half the time of the day proved that.  But how can you sit there and try to put forward the fact that he got 81 million votes?

If you look at these narrow victory margins across the six battleground states and the only thing you conclude is they stole just enough to win it.  And it was like JFK’s dad, ‘I’ll give you all the money you need just don’t buy a landslide’ right?  It’s like with Biden they were just clever enough to get 10,000 votes in Arizona, 12,000 votes in Georgia…

You and I both know that on midnight Election Day that election was won by Donald J. Trump, by the morning Biden had stole it.  We will get to the bottom of this.  It took decades for American historians to acknowledge that Nixon had the election stolen from him by John F. Kennedy through Mayor Daley.

I hope we get to that quicker.  Maricopa County counts are gonna be really important.  But, eh,  that pathetic, pathetic figure in front of the cameras today, in front of the pathetic media, he didn’t win that election.   The people didn’t vote for that guy.