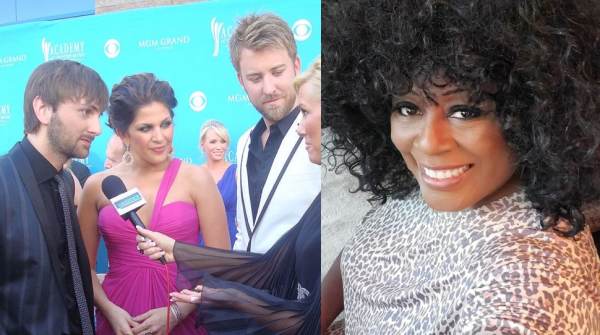 Follow along here, as there are multiple layers of irony at play; On July 8th, country band Lady Antebellum changed there name to simply Lady A to capitulate to the rioting BLM woke cancel culture mob. Turns out a Seattle based blues and soul singer has been going by the name Lady A for 20 years. So now the country Lady A is suing the soul Lady A over the name. The original Lady A, whose real name is Anita White, is black.

That’s right, the white band who placated to the mob in the name of racial justice is now suing a black woman over the stage name the black woman had first.

You can’t make this stuff up!

Country group Lady A, which dropped the word “Antebellum” from its name because of the word’s ties to slavery, has filed a lawsuit against a Black singer who has performed as Lady A for years.

The Grammy-winning vocal group filed the lawsuit Wednesday in federal court after negotiations with Anita White broke down in recent weeks. According to the lawsuit, the band is seeking a ruling that their use of the trademark “Lady A” does not infringe on White’s alleged trademark rights of the same name. The band is not seeking monetary damages.

The group, made up Hillary Scott, Charles Kelley and Dave Haywood, announced the name change last month, saying they regretted not taking into consideration the word antebellum’s associations with slavery.

But White, who has been releasing blues and soul music for years as Lady A, complained publicly that the band never reached out to her before changing their name. Negotiations over the name failed to reach an agreement.

Last month, the band Lady Antebellum announced they would be changing their name to Lady A, apologizing for using a name associated with slavery in America. The following day (June 12), the Seattle-based Black blues singer Anita White, who has gone by the name Lady A for more than two decades, spoke out about the country band’s decision.

Today (July 8) the band Lady A have filed a lawsuit against the singer Lady A. They are asking a Nashville court to grant its right to the trademark of the name, documents viewed by Pitchfork confirm. The lawsuit notes that the band isn’t asking for monetary damages or attempting to