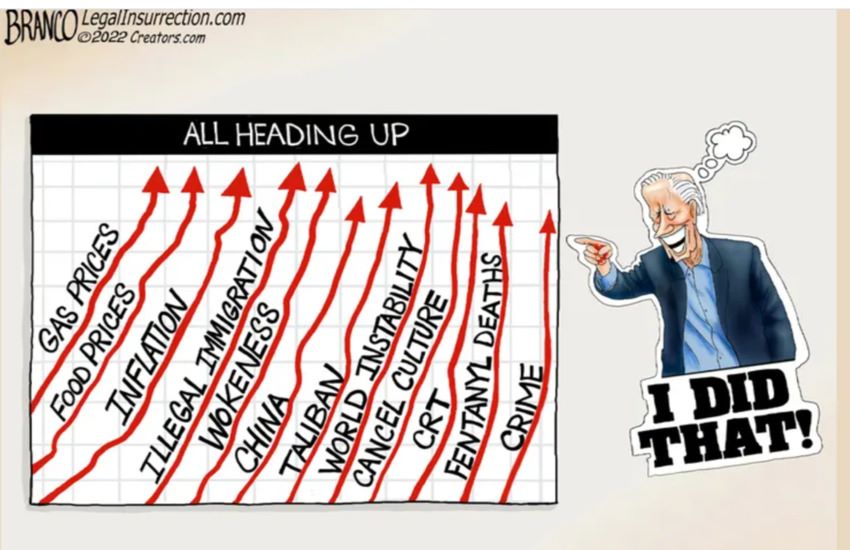 President Joe Biden announced a much-anticipated plan to cancel student loan debt for millions of people across the country. But the plan faces some major economic problems.

The administration is moving forward with canceling $10,000 of student loan debt for borrowers who earn below a $125,000 annual income threshold.

The news is being cheered by many on the Left (with some even saying it doesn’t go far enough), but the plan is being widely condemned by the Right and many prominent economists. Here are four major conceptual economic pitfalls it will encounter:

Horizontal equity is an economic term denoting that people in similar economic situations should be treated similarly. For instance, those with equivalent incomes and assets should bear the same tax burden.

The concept can be applied to the cancellation of a set dollar amount of student loan debt across the board because of how different borrowers handled their debt.

One example would be two people who both earn $75,000 annually. If one of those people opted to avoid taking on massive amounts of debt by attending community college, and the other decided to attend a private university and took on massive loans, forgiving their debts would not be horizontally equitable to the student who opted to attend community college — in other words, it would be unfair to him or her.

Or, imagine two students who both attended the same pricey university, incurred the same amount of heavy debt, and now earn a similar salary.

After graduation, one decided to live in cheap housing, rode the bus instead of owning a car, and ate a lot of ramen and hot dogs instead of eating out. The other lived in a nice apartment, bought a car, and dined out most days.

Because of the first former student’s frugality, he was able to pay off student debt eight years after graduation, while the other student is still mired in debt. It would not be horizontally equitable to have the government pay off the latter student’s debt because of the sacrifices the first student made to do the same thing. In essence, it could be seen as rewarding the second student for taking the easier path, while the first student gets no material benefit for his sacrifices.

Patrick Gourley, an associate professor of economics at the University of New Haven, pointed out to the Washington Examiner that the $125,000 income cap, while designed to make the forgiveness more equitable, is still well over double the median U.S. income.

Moral hazard, another economic term, also comes into play when discussing the ramifications of blanket student debt cancellation. It basically means that a certain action — or idea of future action — could prompt the economic actor to take on more risk because she feel as though she will ultimately be insulated from bad outcomes.

Taking away a big chunk of student loan debt could create an expectation among those about to enter college, or who are perhaps considering graduate school, that there will be even more forgiveness down the line.

With that notion in mind, one could make the argument that future borrowers would feel as though they are protected from the risk of taking on too much student loan debt. They might take on more debt than they would have before Biden’s plan — even if it is not the soundest move financially.

Beth Akers is a senior fellow at the American Enterprise Institute, where she focuses on the economics of higher education. She told the Washington Examiner that Biden’s plan might increase demand for paying and borrowing for college.

“Economics 101 implies that [demand] will necessarily drive up prices for tuition. We already have rampant tuition inflation in higher education, so this exacerbates really one of our core challenges,” she said. “The uncertainty, though, comes from how the students will respond to this information.”

There is some cause for those students to believe that Biden’s move isn’t a one-off. Several Democratic candidates for president campaigned on canceling student loan debt, some to a much more aggressive degree than Biden.

It is likely that more candidates on the Left, like Sens. Elizabeth Warren (D-MA) and Bernie Sanders (I-VT), will continue to champion the cause, especially because it is an attractive proposition for the youngest demographic, whose votes are much-coveted.

The sheer cost of forgiving mountains of student debt is also of concern.

The Penn Wharton Budget Model, calculated at the University of Pennsylvania’s business school, found that forgiving $10,000 of student loan debt for everyone earning less than $125,000 would cost the U.S. about $300 billion in the first year. Because the bulk of the cost would be incurred in the first year, that plan would cost $329 billion over the next decade.

It is worth noting that the Penn-Wharton model does not include Biden’s plan to forgive $20,000 for students who attended college on Pell Grants.

Some more liberal political figures have openly criticized the $10,000 plan as too narrow. A number of Democratic lawmakers have pushed for that number to be increased fivefold.

Canceling $50,000 in student loan debt with a $125,000 earnings threshold would cost more than $933 billion over a decadelong budget window, according to Penn-Wharton.

Gourley said that, all else equal, Biden’s plan to forgive $10,000 in student loan debt would be inflationary for the economy, although it might not have a significant effect on increasing overall inflation in the U.S.

“For a lot of borrowers, that is more than $10,000,” he said of the amount of debt that payments have been frozen on. “So when you look at the freeze on student loan repayments on top of the $10,000, now, you might be talking a significant inflation impact.”

Despite the pitfalls of federal student loan forgiveness, it is clear there is a national debt problem. Akers said that she thinks this move by Biden could spur Republicans to be more aggressive about systemic reform to higher education.

“There were reforms that had bipartisan support before these sorts of more aggressive interventions became part of the national discourse,” Akers said. “I’m hoping that we’ll see policymakers step up to make those sorts of reforms — if only to avoid having this sort of bailout happen again in the future.”