The Graduate School of Political Management, the Washington Examiner, and the Steamboat Institute present a virtual conversation exploring the role of the news media in our political discourse and the crisis of public confidence in the press.

Decrying so-called media bias has long been a popular tactic on both sides of the aisle. Our panel of journalists, commentators, and communications strategists will discuss how the media can restore public faith and avoid the trap of bitter partisanship.

Moderators
Tom Rogan is a member of the commentary desk of the Washington Examiner. He has written for the Weekly Standard, the Guardian, the Atlantic, the Spectator, USA Today, the Week, the Washington Times, the Daily Caller, the Commentator, and the Christian Science Monitor. He is a frequent contributor on CNN, Fox News, and Real Time with Bill Maher, and he was a regular panelist on the McLaughlin Group. Rogan is a graduate of King’s College London, the School of Oriental and African Studies, London, and the College of Law, London. Tom is a Steamboat Institute Tony Blankley senior fellow.

Sarah Westwood is a political and investigative reporter for the Washington Examiner. Previously, she was a White House reporter for CNN. She was a Robert Novak journalism fellow at The Fund for American Studies and a graduate of the National Journalism Center fellowship program. Sarah attended George Washington University. 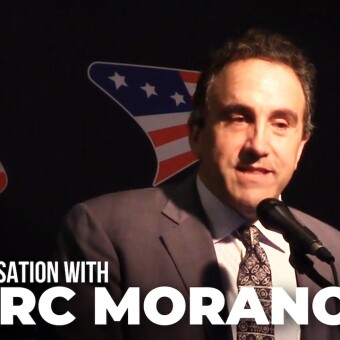 A conversation with Marc Morano: Author of Green Fraud: Why the Green New Deal Is Even Worse than You Think 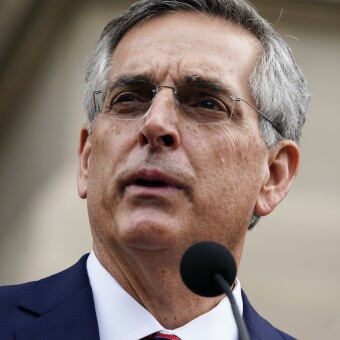 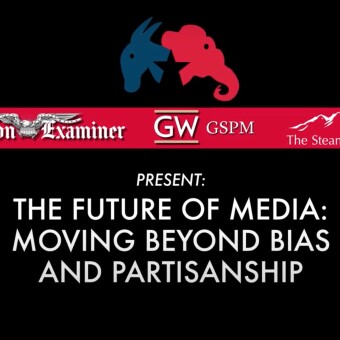 The future of media: Moving beyond bias and partisanship

Speakers
Saagar Enjeti is a Washington correspondent and host of Rising at the Hill TV. He is Steamboat Institute Tony Blankley senior fellow. Saagar is also a media fellow at the Hudson Institute in Washington, D.C., where he co-hosts the Realignment podcast. Saagar previously served as the White House correspondent for the Daily Caller and foreign affairs correspondent for the DC News Foundation. Saagar received his master’s degree in United States national security policy from Georgetown University and his bachelor’s in economics from George Washington University. Saagar has studied extensively across the globe, spanning three continents, and he has visited over 40 countries.

Patrice Onwuka is a political commentator and director of the Center for Economic Opportunity at the Independent Women’s Forum. Patrice is also a senior fellow with the Philanthropy Roundtable and a Tony Blankley fellow at the Steamboat Institute. She has worked in policy, advocacy, and communications roles in Washington, D.C., for more than a decade on issues related to the economy, employment, technology, and the criminal justice system. Prior to moving to Washington, Patrice served as a speechwriter for a United Nations spokesman. Patrice is a frequent guest on Fox News, Fox Business, and PBS. She hosts a column called the “New Agenda for Black Women” on Newsmax and is a contributor to the Washington Examiner and the Hill. Her opinions have also appeared in the Washington Post, USA Today, CNBC, Bloomberg, and other prominent outlets.

Stami Williams is the communications director for Jack Ciattarelli’s New Jersey gubernatorial campaign and an adjunct professor for George Washington University’s Graduate School of Political Management. Previously, she was at the Republican State Leadership Committee, the only national organization committed to electing Republicans in state-level offices across all 50 states. Stami has extensive experience on Capitol Hill, serving in the offices of Georgia Sens. Saxby Chambliss and David Perdue. She also served as the communications director to Reps. Jeb Hensarling of Texas, Karen Handel of Georgia, and Joe Wilson of South Carolina. She is a proud graduate of George Washington University and Kennesaw State University.