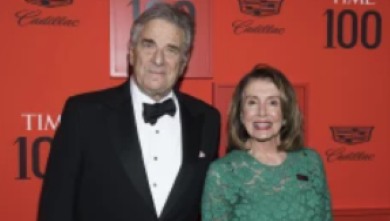 The Biden Department of Justice has some explaining to do.

Police body camera footage of the attack on Paul Pelosi contradicts what federal officials had claimed happened on that day. It’s the latest revelation of what has turned into extraordinarily bizarre coverage and conflicting stories about the attack on Nancy Pelosi’s husband.

There are contradictory accounts surrounding the details of who opened the door to the house on the night of the attack when San Francisco police arrived at Pelosi’s house.

For there to be multiple accounts of such a small but important detail is concerning.

Pelosi did indeed answer the door upon police arrival. So why did the Biden DOJ claim differently?

“After a ‘knock and announce,’ the front door was opened by Mr. Pelosi. The 82-year-old did not immediately declare an emergency or tried to leave his home but instead began walking several feet back into the foyer toward the assailant and away from police,” Almaguer stated. “It’s unclear if the 82-year-old was already injured or what his mental state was, say sources.”

The fact that there are conflicting accounts of the incident, and that a reporter was actually punished for reporting the truth, should raise red flags.

Some people don’t want it known that Paul Pelosi voluntarily answered the door after a man with a hammer had viciously attacked him. Now, all that’s left to find out is, well, why?