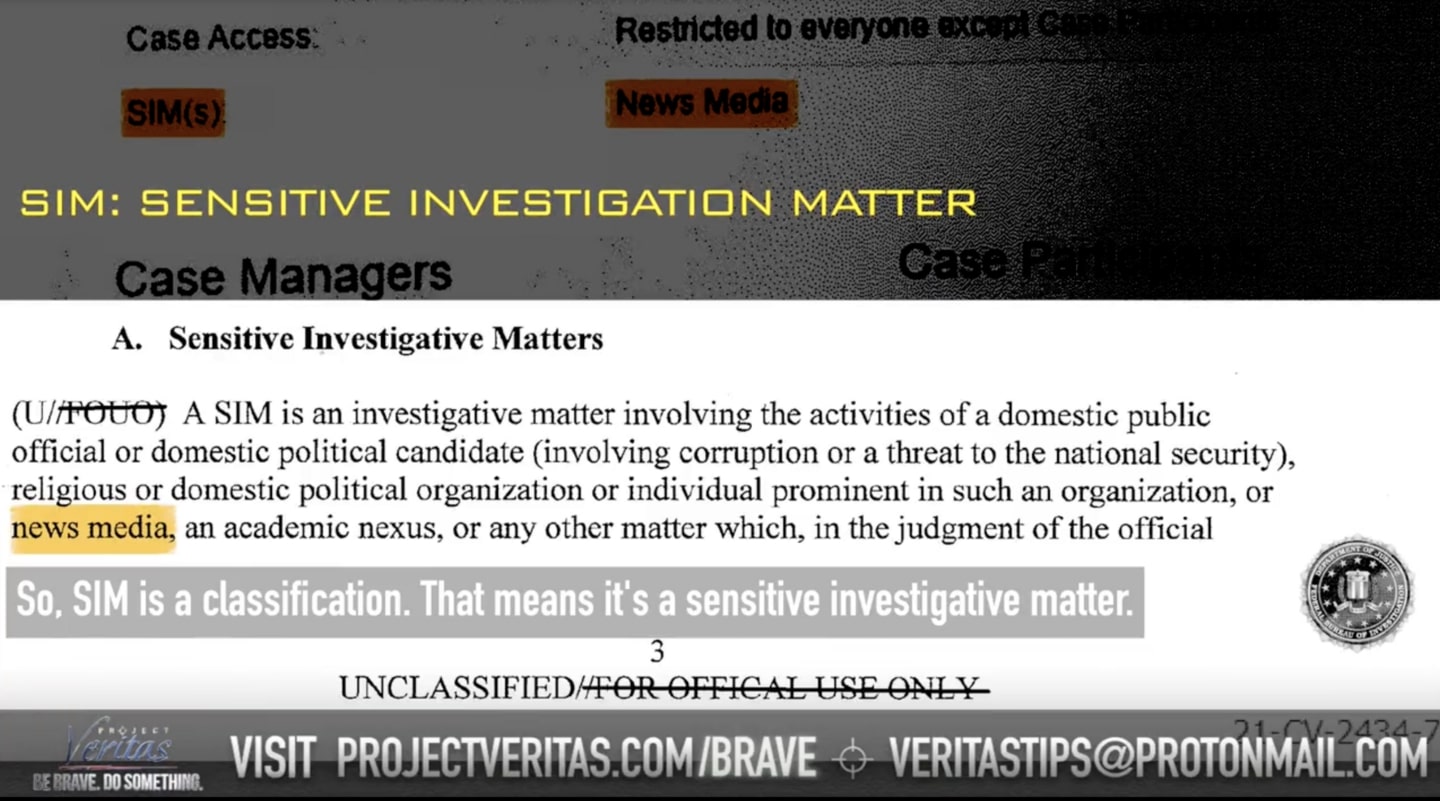 On Wednesday, Project Veritas released documents provided by an FBI whistleblower showing that the agency is targeting news media organizations in the US with secret criminal investigations.

The unnamed whistleblower, who has been a special agent for many years and is still employed with the bureau, provided the classified documents to Project Veritas in hopes of exposing the corruption and politically-motivated targeting that has taken over the FBI.

Based on what he has seen from the inside, these issues are rampant and the law enforcement agency is regularly using its vast powers to target political opponents and opposing voices that dissent from the approved narrative.

According to the documents he provided, the FBI opened a criminal investigation into Project Veritas with a “SIM” [sensitive investigative matter] classification.

The undercover outlets alleged crimes? Violence-harm, extortion, and coercion, among others.

There’s a number of very troubling things that are happening in the FBI… Project Veritas appears to be a victim of political undertakings, which is where this agency [the FBI] has gone.

The file that your talking about is background on the Project Veritas investigation that resulted in the search warrant at your premises. We don’t see a lot of investigations into news organizations, it’s not common. To see a criminal investigation, particularly one categorized the way this is, is alerting and surprising based on the public information that is provided.

And, it’s not just a handful of rogue Leftist agents who are running wild. The whistleblower confirmed that these decisions are decided by the top brass at each FBI field office.

Whistleblower: “So, SIM is a classification. That means it’s a ‘sensitive investigative matter.’ Because it’s sensitive it could be a political figure, it could be a news organization.”

Okeefe: “Who makes the classification?”

WB: “It would usually be identified by the case agents who are working it. And it’s also done in conjunction with the Chief Division Counsel of that field office – who is going to be the top internal lawyer… In this case, it is restricted because even the name of the subject [in this investigation] would indicate the [politically-driven] nature of what’s going on.”