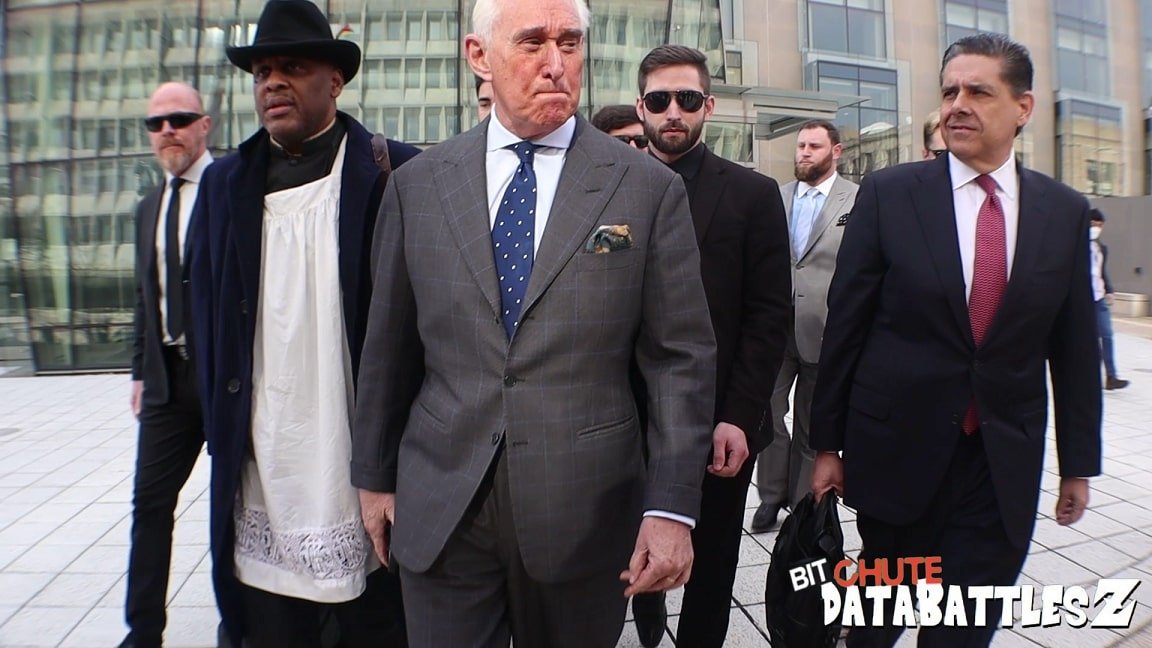 This Gateway Pundit journalist traveled with Roger Stone to Washington, DC as the longtime Trump. confidante and veteran political strategist went before the J6 Committee on Friday, which of course, is full of Trump-hating Democrats and Republicans.

Stone, who was courageously pardoned by President Trump in the summer of 2020, is again being harassed by establishment loons on the Pelosi-controlled January 6th Committee, even as his wife Nydia is bravely battling Stage 4 cancer.

SNL dedicated an entire segment on their recent show to fantasize about Mrs. Stone being gang-raped as her husband watched.

EXCLUSIVE: Nydia Stone Speaks Out After SNL Demons “Joke” She Should be Gang-Raped in a Corner Numerous Times

Early on Friday morning, Mr. Stone joined Pastor Randy Short for a moment of prayer at his hotel, before heading into the den of vipers on Capitol Hill. The political strategist was joined by a security detail and Pennsylvania US Senate candidate Bobby Jeffries, who Stone endorsed just after Thanksgiving.

Pelosi famously stacked the J6 Committee with mostly Democrats and the two biggest Trump-hating Republicans in Congress: Liz Cheney and Adam Kinzinger. One J6 Committee member was recently exposed for having business ties with Chinese Communists.

Stone had earlier confirmed that he would assert his Fifth Amendment right before the J6 Committee, leaving no room for them to twist his words in an effort to ensnare him on similar politically motivated process crimes that he was pardoned of by President Trump.

After nearly two hours of being harassed, Roger Stone calmly emerged from the federal building to inform the leftist media jackals that the whole process is nothing more than “Witchhunt 3.0” and that he refused to partake in the slanted process that has targeted top Trump allies in the past weeks, with more subpoenas likely on the way.

Roger Stone: “I did invoke my 5th Amendment rights to every question, not because I have done anything wrong, but because I am fully aware of the House Democrats long history of fabricating perjury charges on the basis of comments that are innocuous, immaterial or irrelevant…

This is witch hunt 3.0. If the Speaker was seriously interested in getting to the bottom of what happened on January 6th, she would release the 1,000’s of hours of videotape taken by