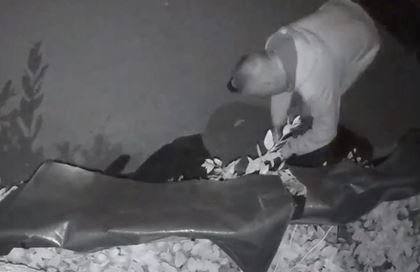 One of the vandals in Thousand Oaks

The owner put up a surveillance camera to catch the vandals of his sign.

One of the villains is a sheriff’s office employee.

The three men were ARRESTED for vandalizing a Black Lives Matter sign!

Meanwhile — Black Lives Matter leftists continue to smash, vandalize and tear down US statues without consequence. 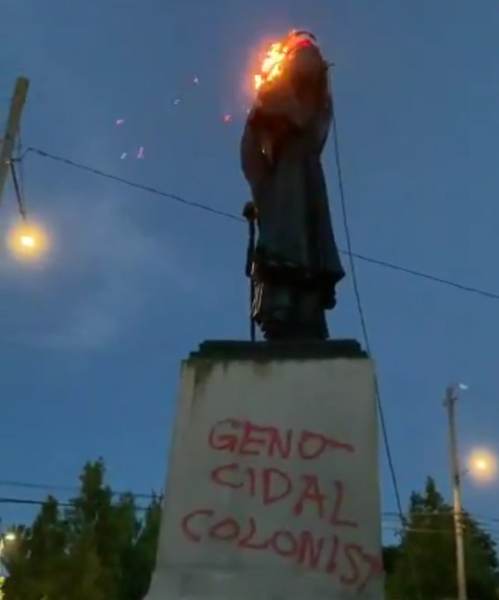 A Black Lives Matter sign in Thousand Oaks was vandalized on at least three separate occasions, including by a sheriff’s office employee and a district attorney’s office employee, officials said Saturday.

The sign, which consists of a tarp with the letters “BLM” painted on it, has been displayed along a fence on Westlake Boulevard for the last three weeks. It has been damaged and removed several times, according to the Ventura County Sheriff’s Office, prompting the owner of the sign to place a surveillance camera nearby.

Detectives recognized 60-year-old Darrin Stone — an employee of the Sheriff’s Office since 2005 — in images the owner posted of the vandalism online. Stone was captured on camera slashing the sign with a knife on June 13, and he is also accused of slashing the sign a second time on June 19, officials said.

Stone is a service technician at the Pre-Trial Detention Facility in Ventura, official said. He was off-duty at the time of both incidents.