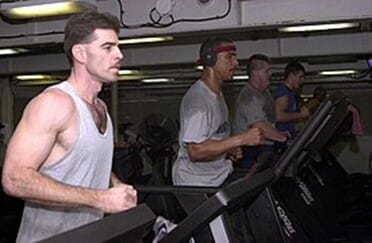 We already know actual journalism died years ago in the corporate media, seeking clickbait and woke lies over laboriously seeking the truth. But Time Magazine may have achieved the pinnacle of media indolence and delusion on Thursday by claiming that exercise is racist.

The failing rag interviewed Natalia Mehlman Petrzela, the associate professor of history at New York’s The New School about her new book “Fit Nation: The Gains and Pains of America’s Exercise Obsession.”  The overriding premise of her book is that exercise started as a pastime for white Americans to strengthen their race to counteract growing immigration and the end of slavery.

The White Supremacist Origins of Exercise, and 6 Other Surprising Facts About the History of U.S. Physical Fitnesshttps://t.co/SRwSLRpnCV

Petrzela claims Americans previously viewed obesity as a net positive because it signified “affluence.” Wealthier individuals, after all, had access to nourishment that the rest of the country could only dream of.

“Until the 1920s or so, to be what would be considered today fat or bigger, was actually desirable and actually signified affluence—which is like the polar opposite of today, when so much of the obesity epidemic discourse is connected to socio-economic inequality and to be fat is often to be seen as to be poor.”

Hot Air writer David Strom, however, points out how fallacious this argument is. From Strom:

“This argument has surface plausibility but is largely untrue. A few brief moments of thought demonstrate this to be false. Think about all the cultural artifacts from the 19th and 20th century you are familiar with. Cartoons, movies, paintings, whatever. It simply isn’t true that being fat was admired.”

“The bad guys were “fat cats,” the Robber Barons were portrayed as fat. It is correct that wealth and fat were associated, but this wasn’t a good thing. It was symbolic of their rapaciousness and gluttony.”

Fact do not matter to the woke left, however. Petrzela proceeds to argue the dominant purpose behind the “shift” away from fat acceptance was that having healthier white women would boost birth rates.  This was indispensable to keeping the native born white population from losing ground to blacks and immigrants.

“They said we should get rid of corsets, corsets are an assault on women’s form, and that women should be lifting weights and gaining strength. At first, you feel like this is so progressive.”

“Then you keep reading, and they’re saying white women should start building up their strength because we need more white babies. They’re writing during an incredible amount of immigration, soon after enslaved people have been